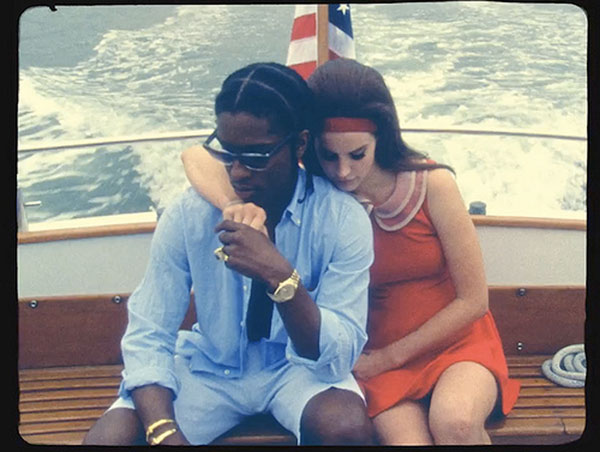 I’m beginning to think Lana Del Rey will work best on other people’s records. She appeared on Bobby Womack’s album last month and here, after the mehtastic video for ‘National Anthem’ where she appeared in a JFK-themed video with A$AP Rocky, the pair team up for ‘Ridin’ a song from A$AP’s forthcoming LongLiveA$AP album out in September. Somehow, Lana’s glamourpuss is better suited to the hyperreal world of hip-hop.