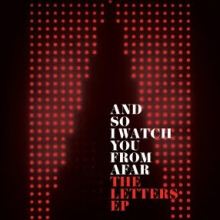 And So I Watch You From Afar’s first record since their awesome now Choice-nominated debut album is about to be released. The Letters EP is released on the 8th of February but their label Smalltown America has a pre-release of 200 available now.

New track from The Knife