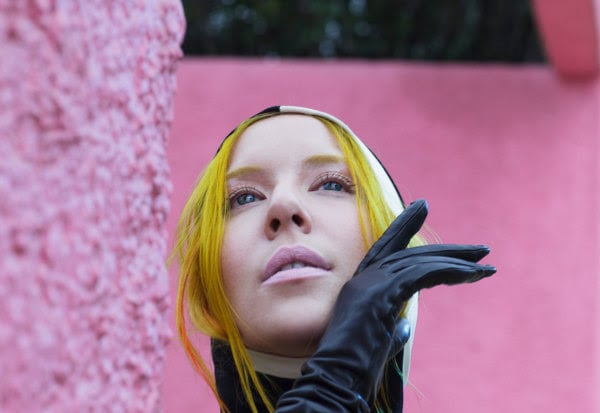 Katie Stelmanis and the Austra crew will return with a third album called Future Politics on 20th January 2017.

The physical album will exclusively be available from Dom Mart for now, limited to 500 copies worldwide, on high quality red vinyl with a 12″ x 12″ art print signed by Stelmanis. Presumably, digitally it’ll be on Spotify etc.

Lead single ‘Utopia’ is hopeful in tone and inspired, indicative of the album as “a commitment to replace the approaching dystopia. Not just hope in the future, but the idea that everyone is required to help write it, and the boundaries of what it can look like are both fascinating and endless. It’s not about ‘being political,’ it’s about reaching beyond boundaries, in every single field.”

Of the album title, Stelmanis said:

“It is easy to feel helpless, but I found a way to feel powerful. I found inspiration in the fact that the future doesn’t exist yet and is therefore ripe for taking, and I was further elated thinking of the possibilities for what it could look like! Each person’s fantasy of the future is valid and possible and one should never feel like their imaginations can’t become the truth. I’ve written new music while following this path and am completely terrified (partially excited) to share it with you.”