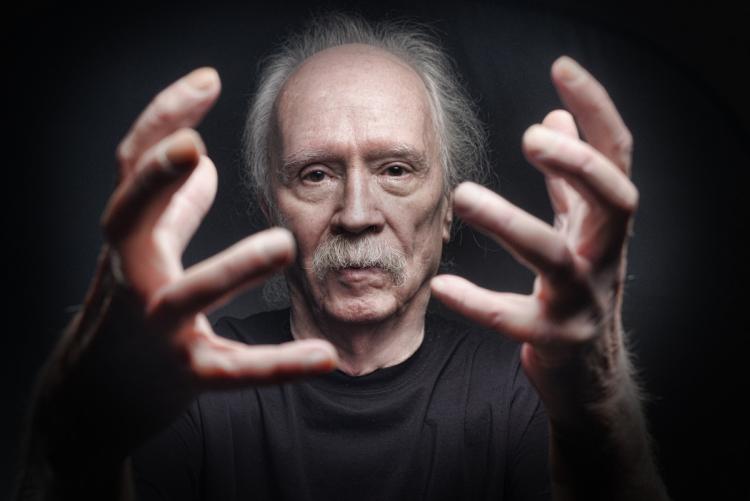 For the last two Halloweens, John Kowalski has shared his favourite Halloween soundtracks with us. This year, with the master of horror music John Carpenter is coming to Dublin next week to perform themes from his classic films and new compositions in Vicar Street, John picks his favourites from his catalogue.

Like many people of my age and generation I grew up on the films of John Carpenter. His movies were also my introduction to synthesis and drum machines. Even though he had commercial success, Carpenter is still viewed as something of a cult figure. Films like Halloween and Escape From New York are notable compared to his peers as he did everything from editing to composing.

It should also be pointed out the input of his collaborator and engineer Alan Howarth. Together they would be responsible for some of the most distinctive soundtrack work in the late 20th century. You can hear Carpenter’s influence on the most recent albums by Boards of Canada and Pye Corner Audio and it continues to travel. Please investigate the music written to It Follows by Disasterpeace for more proof. Below I have chosen some of my favourite scoring from Carpenter’s filmography.

Escape From New York is Carpenter’s masterpiece in my view. I discovered it later on but it encapsulates all his strengths the most. The percussion, drones and guitar licks in this piece make it a standout track. Plus the snare is fucking prime.

The score for Halloween is the one that probably gets under people’s skins. It always drew a parallel for me with the use of ‘Tubular Bells’ in The Exorcist because of the insistent/glacial melodic structure.

Impeccable synth sound. For some reason The Fog didn’t get as much attention as his other output. It takes about five seconds to know it is Carpenter though. I always loved the chugging drums.

I used to rent Big Trouble In Little China every single week as a kid. It became a running joke between my mother and the dude in the video store. I still try to work out how he got some of these sounds. The randomness of the percussion and sequencing is especially appealing.

This is an anomaly next to the rest selected. It shows his ability with tone and texture. Just a master musician. The score to Assault On Precinct 13 is a joy from top to tail.