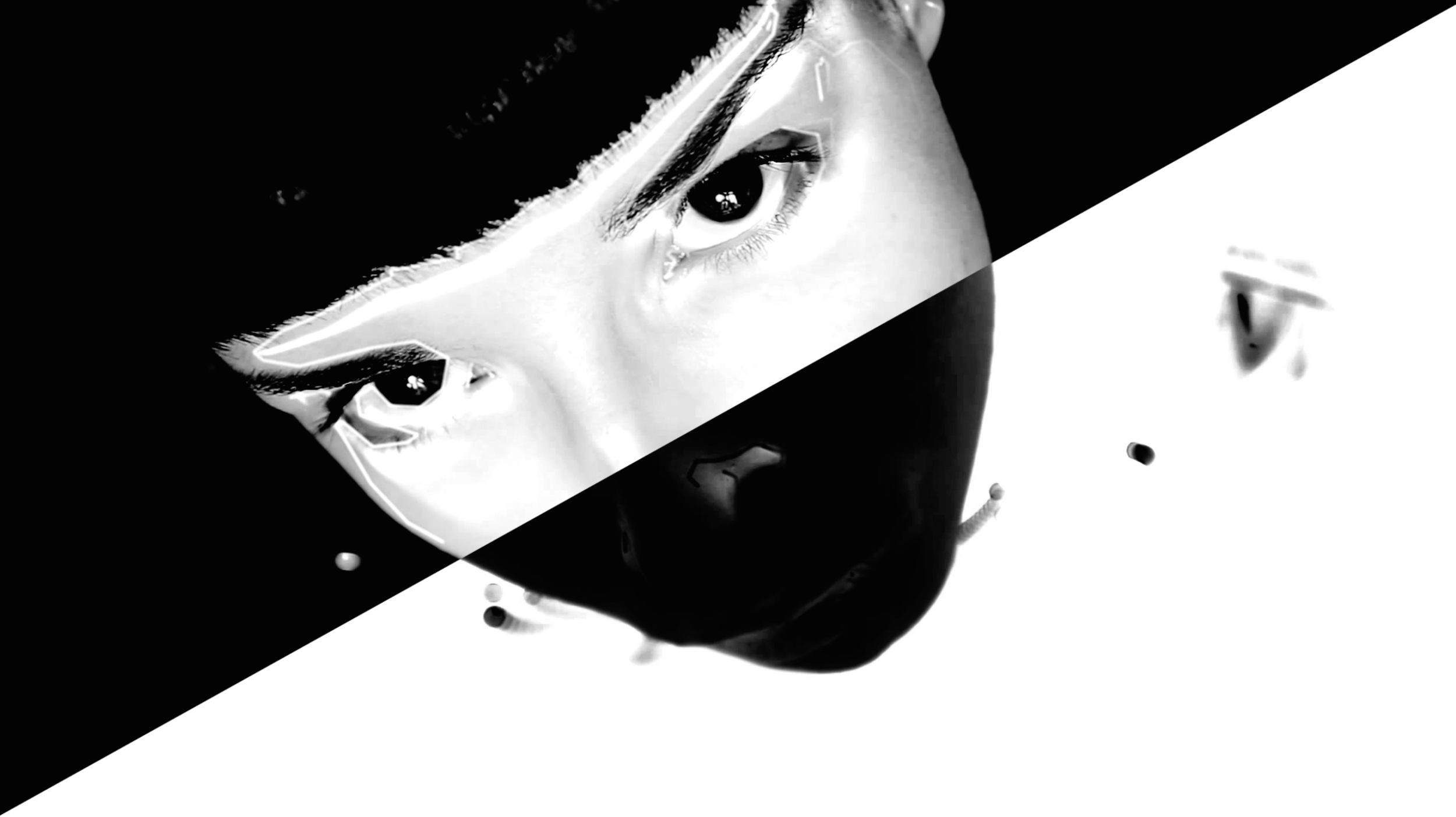 Watch the video for Sligo rap trio This Side Up’s ‘Snappin’ feat. Hamo

The electronic A/V musician Sal Stapleton aka Bad Bones broke through with a series of singles in early 2016 that showcased an eerie electronic pop style with dark tones and hypnotic rhythms. Equally interesting was Stapleton’s visual aesthetic that accompanied each track – a monochrome-filtered collection of imagery that reinforced the track’s twisted vocal-featuring vibes.

Bad Bones is one of the performers at Hennessy Lost Friday at the RHA Gallery this Friday night where she joins a lineup of music, art, poetry and visuals which also feature the singer-songwriter Valerie Francis, poet John Cummins, DJs from the Lime & Fancy club night playing pop of the ’80s and ’90s, and interactive art from illustrator and animator Holly Pereira. There’s also two complimentary Hennessy cocktails on entry. WIN tickets below.

So first of all, what prompted you to start work on the Bad Bones project, what were your musical inspirations for the style of music?

Music has always been an outlet for me. Only in recent years did I started making electronic music. The Bad Bones project came from experimenting. Listening to chanting, choral, celtic and eastern music has totally influenced the sound.

What about the equipment and software you use, did that dictate the sound in any way?
When I first started getting into electronic music, I started collecting ’90s sequencers and synths. I would use Pro Tools to record my vocals, beats and synths, but I feel it was when I changed over to Ableton that I really found my way towards a sound I was happy with. It was an absolute game changer for me.

What do you like about the pitched vocal effect?
The pitch down vocal is purposely present in all my tracks, as I like to have the appearance of masculine and feminine through out. I like the balance of it and I feel the tracks are somewhat a balancing act of emotions and position through out: power to submission, masculine to feminine, fear and love.

Was the visual element of Bad Bones always there are the start? How did you develop that style?
I work as visual artist by day through my creative arts and media company Goldmoth Media. I work with artists on their visual aesthetic. These days, I think it’s really needed, with how quickly we devour information and content on the internet. You need a lasting impression. Sadly a record just doesn’t seem enough to a lot of people these days. I embrace this change because I feel it stretches us as artists. I think it’s really cool that people are exploring different approaches to releasing music. Sound and vision go hand in hand for me. If I’m producing music I automatically start seeing a visual expression of it and vice-versa.

Were there any existing imagery or video work that inspired you?
No not really, I always had the idea of what the visuals would look like from the start. So all the images you see of Bad Bones, have been in my head since the moment I sat down to write the songs. I distort the way I look in the visuals because thats how the ‘sonics’ in the tracks look like to me. When I write the music I like to use a lot of texture. So an image like my face would start as a crystal clear image, gets distorted by what is effecting the smoothness of a track.

Your first run of singles and videos had a very clear aesethic, what are you currently exploring interms of both sound and visual?

I’ve been exploring a few different directions over the past while. A lot of the work I’ve produced to date has a dark element to it, that’s just what naturally comes to me. A couple of songs that I’ve made recently have an uplifting, joyous feeling to them, so that’s been refreshing. Visually mono chrome is still very much present.

With regards to the live show, the visual element is a big part of it with your visual backdrop and you have dancers too – is that a case of letting them interpret their moves or do you give direction?

As a visual artist I enjoy music shows much more if there’s a strong visual element to a performance, so that’s why I like to have dancers and my signature visuals. I do give some direction to the dancers but I like to let them interpret the sound in what ever way their bodies will naturally express it. I think it’s so interesting the way people interpret sound differently, so I really enjoy seeing what they do at every live show. Sometimes I’m like, wow! that’s unreal, as I’m playing and watching them. It can be a little distracting sometimes but I just love good dancers. I could watch them all day, so it’s a real pleasure to be able to perform with them.

What are your plans for 2017?
Expect some new music coming over the next couple of months. There’s a couple of other exciting projects I’ve been working on that will surface this year also.

Bad Bones is one of the performers at Hennessy Lost Friday at the RHA Gallery this Friday night. Win tickets to the show by emailing [email protected] with your name and subject as “HENNESSY LOST”. Entrants must be 18+.