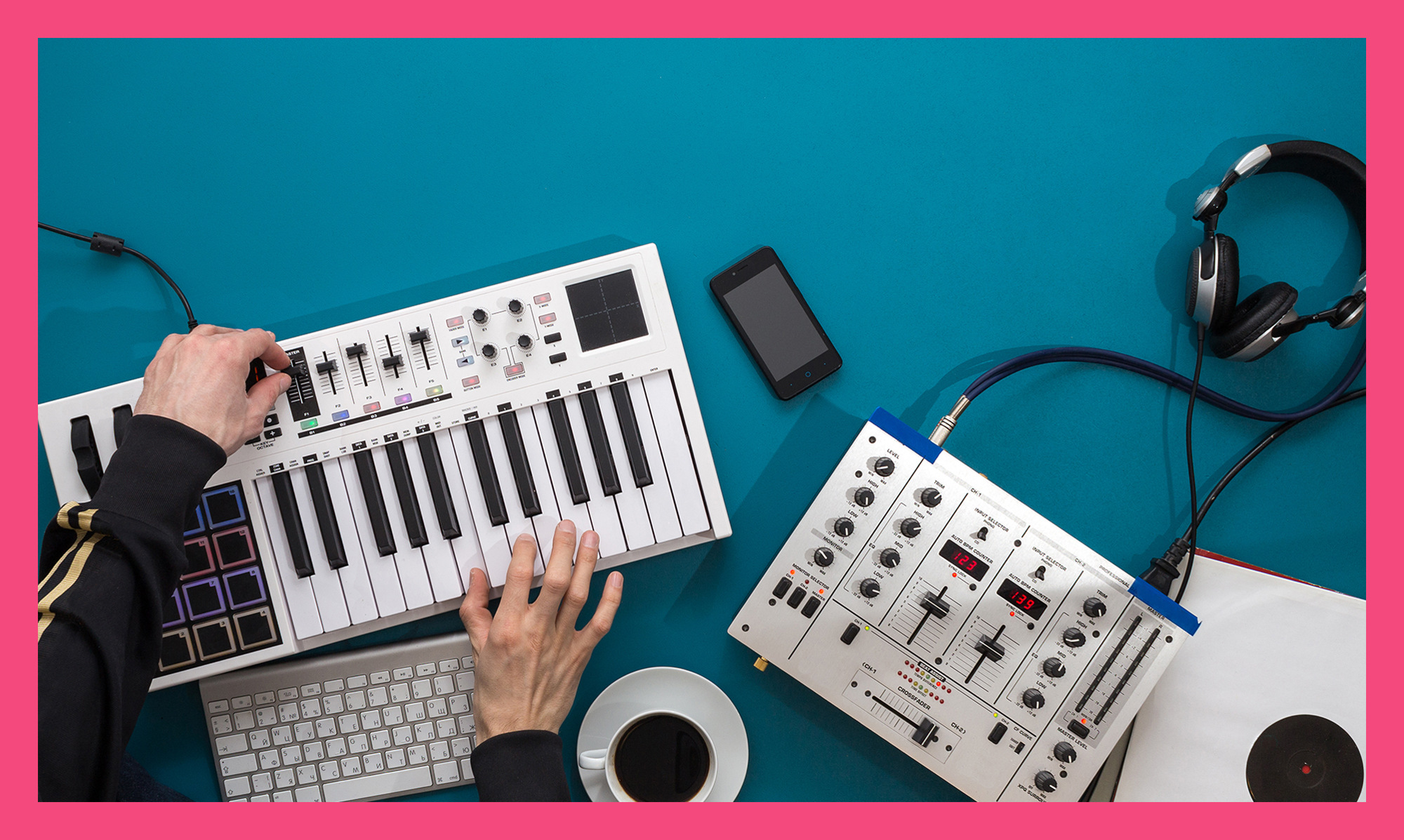 This article is the first in a series of Band Tips, aimed at budding musicians and bands who are interested in releasing music, getting noticed, playing gigs, and who are looking to build a career in music.

I’m not a working musician, but I have 13+ years experience in talking, listening, reviewing and offering criticism and feedback as a writer, blogger and listener so I’ve noticed some common pitfalls over the years that are worth stating in this series for emerging artists. Some you will know, as they are common sense and some you may not.

For the first in the series, we are going to focus on the very early stage of your music creativity. What to consider, what to avoid and how to think about your music releases, prior to sending them to publications or media. I’m not going to get into lyric-writing or music theory as these are just general benchmarks to consider. We will look individually at live performances, developing an identity, planning, publishing, syncs,  funding, making money, festivals, managers, PR, radio, streaming, live agents et cetera as part of this series.

Lean on influence but don’t get consumed by it

Every artist’s work is informed by the music that moves them most, by the artists that forged their listening habits or a band that they want to be in future. That’s cool and a good place to start, but the danger with taking inspiration from Radiohead, The 1975, and Arctic Monkeys or whatever your influences are is that the development of your own voice can get lost in the attempt to idealise a band in your music.

We live in an age where all types of music are at your fingertips so spend some time listening to things outside your comfort zone.

If you’re a live band first, then try to avoid the pitfalls of sounding too much like one band. Most people start as live musicians, playing local gigs and trying things out, playing with people and learning how to communicate in that capacity. These are necessary things to do – you’ll play shitty gigs, play bum notes, try out things, play things you’ll regret later but it’s all part of the learning process. You got to go through it to improve. If you’re a massive fan of the 1975 then don’t cover their songs live, try and bring what you love about their energy to something else, you might end up with something completely different and your own.

Your first few years playing music is useful for learning how to develop your own identity sonically, how to get past those obvious influences. By all means, learn those chord progressions and songwriting theory, but don’t be afraid to follow your complete creative gut, particularly if it sounds like something no-one else is doing.

What Do You Want?

One of the first things you should consider when you begin writing music or playing in a band is what your goals are with it? Is it a hobby that you are happy to dip in to for your own reward? Is it a necessary creative outlet or a craft you are trying out or keen to explore? What do you want to say? How do you want to say it? Do you want to play live, make a career out of it potentially or find some people to play or collaborate with?

So often when people get in touch with me – they have dived headfirst into the process of musicmaking but there has been little thought given the machinations of everything that surrounds that. First and foremost, enjoy it for your own pleasure and your general mental health. Creativity and playing in a band is a nourishing creative act.

Covers are a great way to find your voice but they are a step in the process to originality. Recording or playing covers enables you to do that. What can you bring to another person’s song that isn’t present already? What can you learn from their production techniques and arrangements? How can your band play it live that isn’t just a pub band or busker cover? Do we really need another cover of Hallelujah? The answer is no, we do not.  Study the theory of songs you love – stick to the rules and then break them.

So you’ve written, recorded and produced your first songs. Congratulations! Most people won’t ever get that far. Thats a big sense of achievement you’ve reached. You’re excited and that’s great but don’t start sending this music out to people you don’t know yet. These are demos. They are the first step in creating your identity, your sound, your voice. An artist doesn’t arrive fully formed. Everything takes time to develop so allow yourself to do that. Write more songs and then let them sit for a while. Go back to them with fresh ears and see how they feel.

Most people in your immediate circle, friends and family, will be kind to you about your first songs but they may have a tendency to tell you what you want to hear. Find people you trust who will give you honest feedback, warts and all. You may not want to hear it at first, but learn to take negative criticism on board (there are books about this). It may just be one opinion but it may help you look at things differently. You are trying to grow artistically ideally, not massage your ego. Don’t take it personally. Learn from it.

Everything takes longer than you think.
Everything.
There’s no such thing as an overnight success and nor should there be. Every person you collaborate with, every gig you play, every song you write and every experience in music informs what comes next – you are learning. Artists develop – it’s the creative process. It’s a necessary part of making music. Try and try again. Leave things on the shelf. Come back to them. Write with others, play with others. If you think you’re going to be at a level where you’re a buzzing new artist in the next two years, you’d be better off realistically doubling it and then adding another year. It takes time to build so enjoy the journey. Dreaming big is good but so is being realistic.

Develop your craft and skillset

We’ll come back to this more in detail later in the series.

Musicians and producers starting out are using software with preset instruments and it’s a great place to start. Test the parameters of such instruments and try to find tones that aren’t in presets. That may help you develop your sonic identity and when it comes to moving on and buying instruments, you’ll have more of an idea of what sound you want to make, before making an investment in physical tactile hardware.

A common occurrence in the music I’m sent from new artists is the employment of preset instruments in software that just doesn’t match the real thing. These can often sound tinny or lack warmth, plus they can be the first things that new artists start out with so the sounds may be familiar and overused. Music software has come on leaps and bounds in the last five or ten years but don’t rely on the same well all the time. A tactile instrument often sounds better, warmer, more interesting and dynamic. Take time in building your kit – digital and analogue. A lot of the music I get sent sounds similar to someone else already established. Use the same pedal that your favourite guitarist uses sure, but avoid copying exact tones and textures. if you’re a dance producer take inspiration from Bicep but find your own lane at the same time.

The barrier is so low for playing with software now, that there’s no excuse for almost every musician to learn some production chops and have some home studio setup. The days of waiting for labels to come and realise the sound in your head are long gone and the sophistication of new artists’ music largely astounds me. It’s a craft onto itself and applies whether you are making pop, rap, dance, indie, soul, R&B – whatever.  It’ll also help you at a later date, to communicate the sound you hear in your head with producers and engineers.

Again. Everything takes longer than you think.

Turning a passion into a career or something that at least, can part-sustain you requires those 10,000 hours to try things out people will never hear, to play gigs where no-one will turn up, to work on unfinished projects, to listen to feedback, to internalise it and bring it back to the creative process. That creativity undulates and changes based on external influences, sources, peers, sounds, old discoveries, new loves and old loves. Human beings change and morph into new versions of themselves all the time. Their music will too.

Don’t be too hard on yourself. Lower your expectations but try to establish a core amount of self-confidence that can help you in wavering times. Think about the full picture not just the sound. Write and practice regularly. Go to gigs. Read books, take a walk, watch films, talk to people about non-surface level ideas. Develop your interests. Think long-term but act short-term. Ask for advice from people you respect and people you don’t.

I’ve kept this very general for now before we go into individual topics like live performances, developing an identity, planning, publishing, syncs,  funding, making money, festivals, managers, PR, radio, streaming, live agents and more. If there’s something you’d like us to cover in the series, let us know.