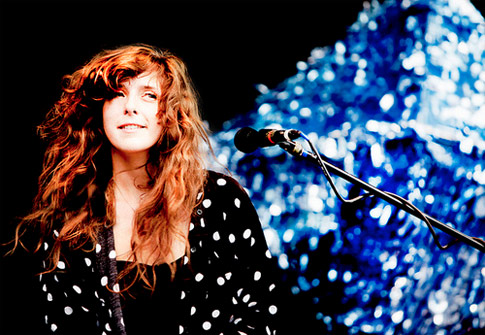 No-one these days does gentle lullaby quite as well as Beach House. New song ‘Myth’ is no great radical departure from the band’s last album Teen Dream, its spiralling rhythms and celestial guitar lines do lift you up and float you away as you’d expect and that’s no bad thing.

‘Myth’ is probably taken from the band’s fourth album due in May which is to be called Bloom on Sub Pop.

Bear in Heaven – ‘Reflection of You’

Shabazz Palaces – ‘They Come In Gold’