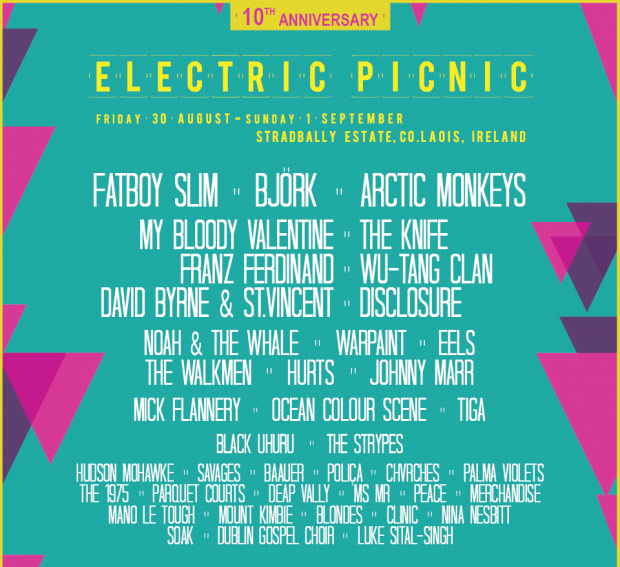 Finally, after all the hullabaloo, the Electric Picnic 10th lineup is with us:

Update: My Bloody Valentine, The Knife, Black Uhuru & Wu-Tang Clan were added at the launch.

More names are to be announced. Tickets go on sale this Saturday at 9am. Regarding the previously announced discounted price of €149 plus fees:

Ticketmaster has a record of anyone who has purchased a ticket over the last seven years. These customers have been sent an email with a unique code that can be used to purchase 2 tickets at the very special price.