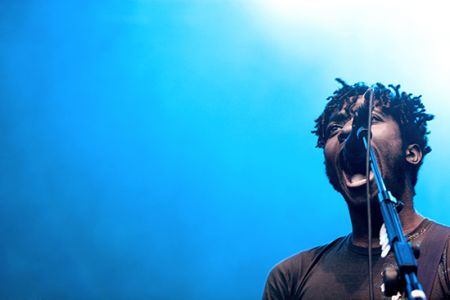 As you may or may not know, Bloc Party are currently recording their second album in Grouse Lodge in Westmeath. Rumours abound on the interweb this week suggest there will be a Bloc Party DJ set in the Hub this Friday (26th May) after the Radiator club night. It could be just be one member or the whole band but I’d say there’s a very small chance it could be an actual band performance. I’ve never set foot in the Hub yet personally, but I’ve been told it’s not the best venue. What I do know is that it plays host to a lot of young band nights whose goth / emo / rocker friends all hang around shouting at strangers outside the main door.

Well if you are around that night, It might be worth going. In other Bloc Party news, on the official Blog Party journal on their website, they have confirmed an appearance at Electric Picnic this September! No word on what day yet though.

Below is a great remix of Banquet by Japanese artist (and top quality remixer) Cornelius taken from the Banquet CD single. This remix did not appear on Silent Alarm Remixed.

Speaking of Cornelius what’s going on with that lad? A quick scan of his website tells me he has done a remix for something called bricolage (Chasm remixes) but I don’t speak Japanese, so what are you gonna do? He also appears to have soundtracked a short film about eyes called ..eh..Eyes which can be seen here. The last thing I heard was this time last year from that Wired CD that was released through a Creative Commons licence. It’s called Wataridori 2 and it’s seven minutes of blissed out bleepy arpeggiated synths over some squelchy bass and it’s lovely.

It’s a Song Contest! Kind of…