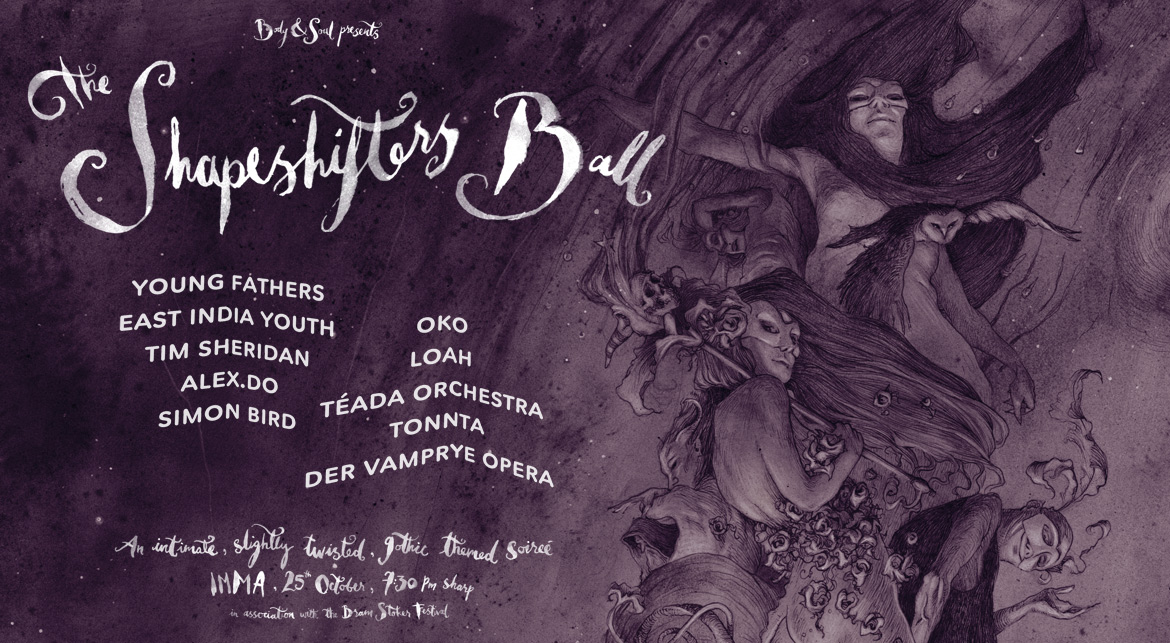 Body & Soul are putting on The Shapeshifter’s Ball, a special “evening of Immortal Proportions, Dark Veils & Twisted Tales in association with the Bram Stoker Festival” in IMMA on Saturday October 25th.

Tickets are €44.50 or so with booking fee via Ticketmaster.