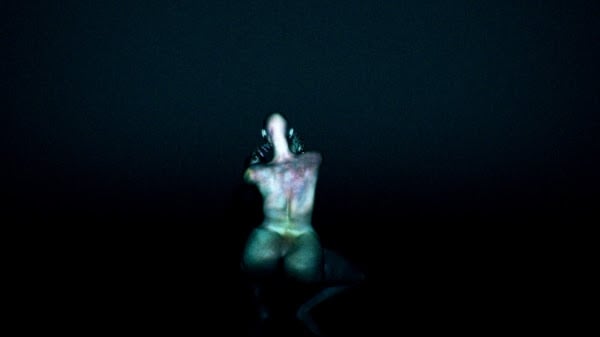 
Arca’s ‘Thievery’ track is one that gets under your skin. For the video for the song from his Xen album out October 31st here, there is loads of skin on display, as a naked digitised dancer writhes convincingly enough to reality to fool your brain into thinking you’re watching something real and explicit. There are moments of complete unreality embedded in the video too.

Arca is the Venezuelan producer Alejandro Ghersi and the video is by Jesse Kanda (see her FKA Twigs video, a close cornerstone in style to this). There’s a story with him in The Fader.

In explanation of the video:

While Xen is an album of mercurial forms, fluxing unpredictably from smooth to spiked to sweet, Xen is also a girl whose skin ripples and twists as she dances. Arca is Alejandro Ghersi, who, in turn, is also Xen: a meta-modern self-projection, embodying a side of Arca that had previously been hidden by a producer who’s so far remained one of the most intriguing enigmas in recent electronic music.