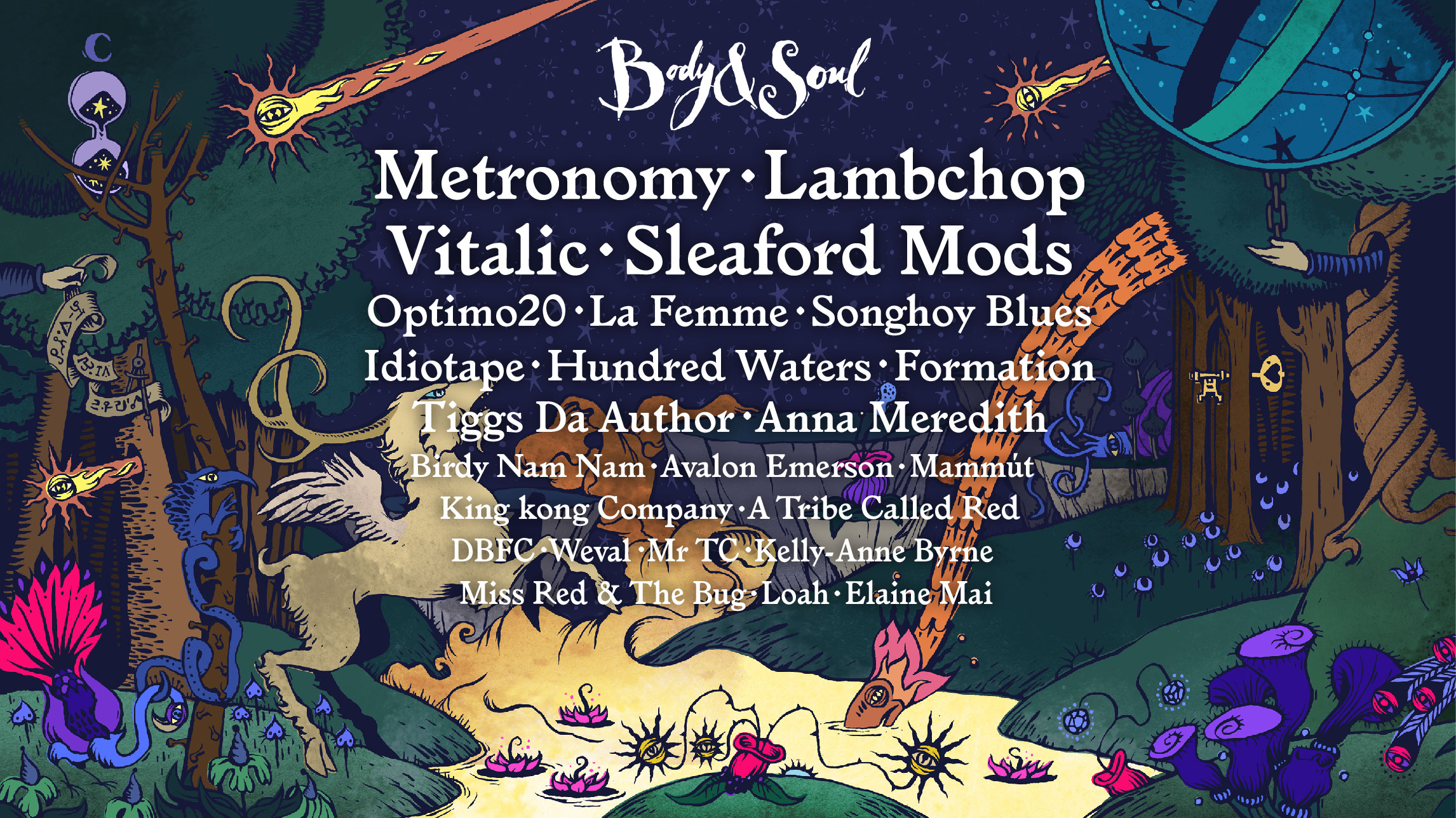 Body&Soul has announced its first names for the festival in Ballinlough Castle from June 23rd to June 25th.

The festival will remain at capacity of 15,000 this year (same as last year).

The big names were announced via The Ticket’s Facebook page.

Optimo DJs are celebrating their 20th anninversary so will be curating and playing alongside some acts they selected in the Midnight Circus: Avalon Emerson, Miss Red & The Bug, Mr TC and Kelly-Anne Byrne.

The Food On Board area, which was introduced and managed by Jack Crotty (Rocket Man) will be back this year serving from several stalls – my words – the best food you’ve ever had at a festival on packaging-free wooden boards.

As will the talks, panels and music of Wonderlust along with installations, theatrical interludes, workshops and visual art.

This year’s theme is Second Skin, so Body&Soul are suggesting visitors “to channel their most creative selves for a weekend that subverts their everyday norms and tantalises with unexpected happenings”. The theme is the inspiration behind the festival’s specially commissioned artwork by Alan Clarke, inspired by the hedonism of Hieronymous Bosch’s The Garden of Earthly Delights.

Based on feedback from 2016 attendees, news on changes to campsites and boutique offerings is forthcoming, while the eco-conscious Us&You Campsite is now open for registration.

The festival have also invested in drainage and the land to keep the grounds up to scratch.

J. Cole is coming to Dublin