Body&Soul has added some names to the festival for June 23 – 25 2017 in Ballinlough Castle, Co. Westmeath.

Theatrical performances: Waterford playwright Conor Clancy’s ‘Will It Fit In A Van?’ about a poorly run drug distribution in a small fictional town delves into kidnappings, murder, biscuits, beloved horses, the clergy and a very important chipper!; while ‘Fizzy Drinks with Two Straws’, a play for anyone who has ever been told “you’re too young to understand”, comes to Body&Soul from Scene & Heard Festival and Theatre Upstairs.

Wonderlust’s line-up of live music, performance, conversations, talks and workshops in the walled garden will include Katie Kim and Crash Ensemble, while Women on Walls brings its movement to Ballinlough where Accenture’s Eithne Harley, Royal Irish Academy’s Pauric Dempsey and TCD’s Professor Lydia Lynch will discuss how underrepresentation of women in the RIA’s official portraits led them to take positive action and commission several female portraits now on permanent display at Academy House.

new to this year: The Library of Progress is a positive subversion of The Library of Congress, the United States’ repository of some of humanity’s greatest works and the largest library in the world. Highlights include Beats and Rhymes with Emmet Kirwan, a blitz of spoken word and hip hop performances and FACTION, hard-hitting political debate with Blindboy BoatClub of Rubberbandits. 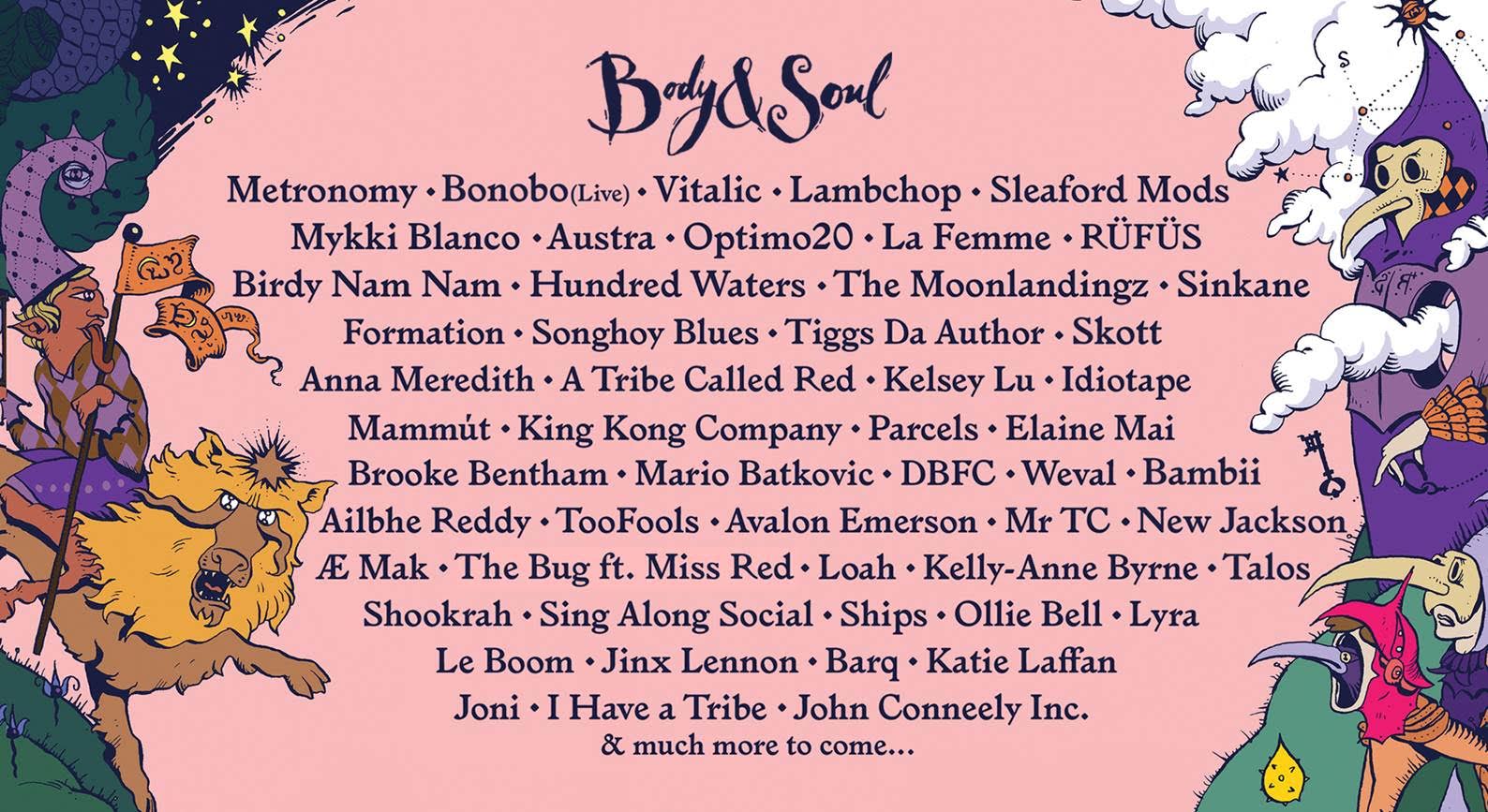