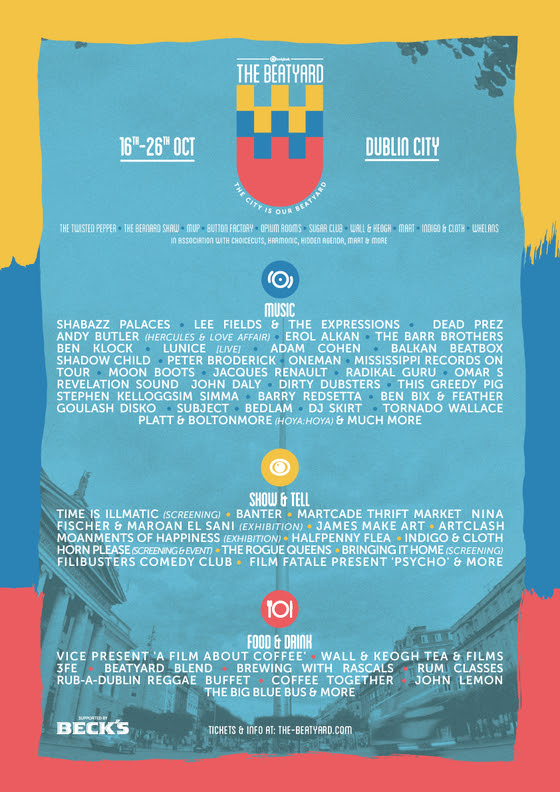 Bodytonic have announced the first lineup of events for The Beatyard numero 10 for October 16th – 26th.

There’ll be a screening of the Nas documentary Time is Illmatic, Banter talks, Artclash, a 3FE special coffee roast, Indian Truck Art, rum cocktail masterclasses and Jamaican food among other things. Choice Cuts, Hidden Agenda and Harmonic are involved too.