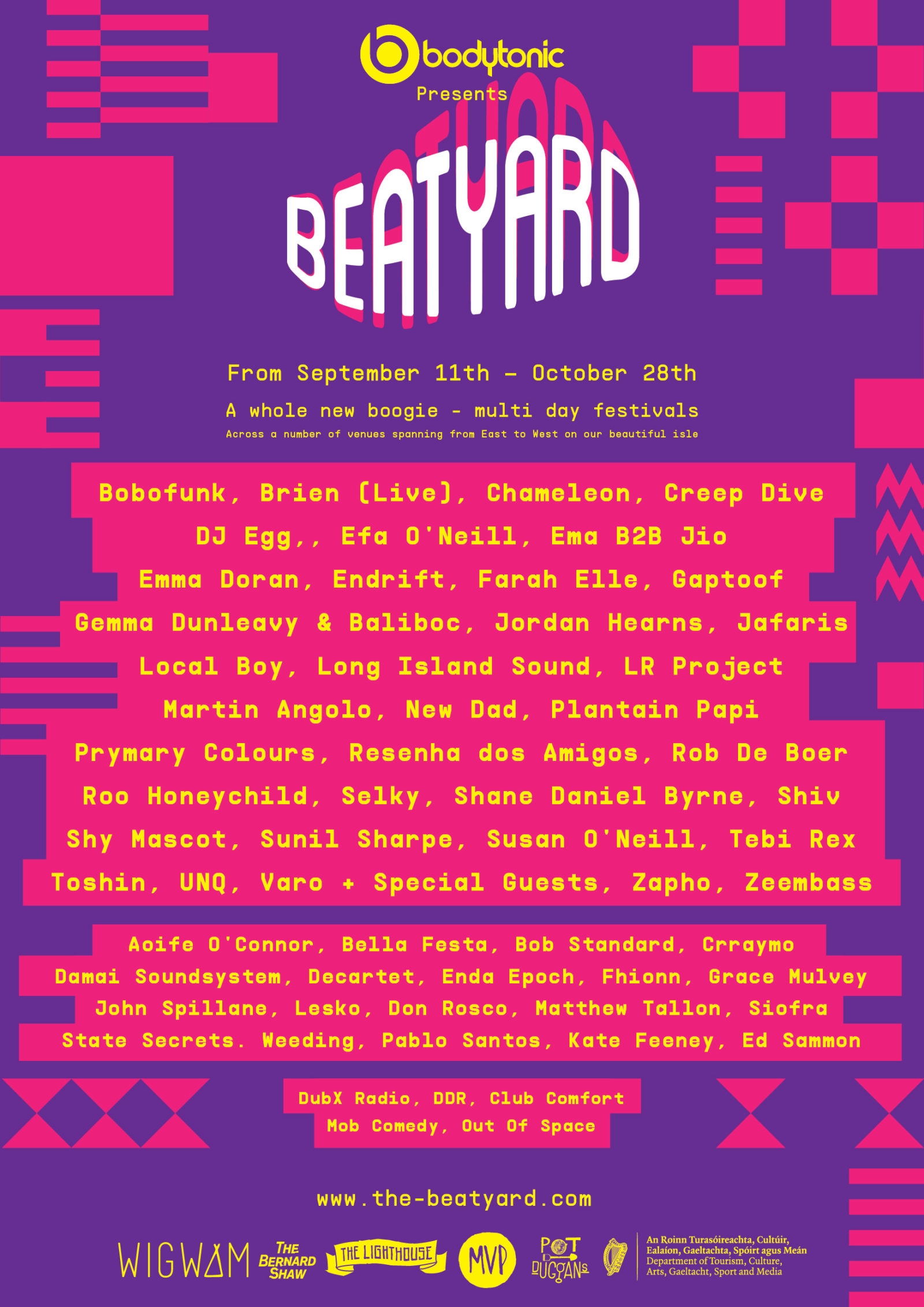 Bodytonic has announced a series of multi-venue indoor gigs and events across September and October in their venues  Wigwam, The Bernard Shaw, Pot Duggans, The Lighthouse & MVP “with an array of our favourite Irish DJs, musicians, comedians, podcasts, collectives, radio stations” and more

A huge amount of people are lined up for special indoor gigs including Jafaris, NewDad, Club Comfort, Out of Space,Sunil Sharpe, DDR,  Shane Daniel Byrne, Farah Elle, Toisin, The Creep Dive Podcast and many more.

All attendees must be fully vaccinated or recently recovered from COVID-19. Tickets are now on sale here.

Also, Bodytonic are presenting a Jape show at the Lighthouse on September 10th, and while they are also doing Beatyard, they are also putting on “re-imagined Graff Jam with DJs, visual artists and a series of talks surrounding the meeting point between art & music.” under the banner Music Is The Brandy Of The Damned at the Bernard Shaw, which will feature Moving Still, Gemma Dunleavy, Aches, Signs of Power, Bobofunk and loads more.