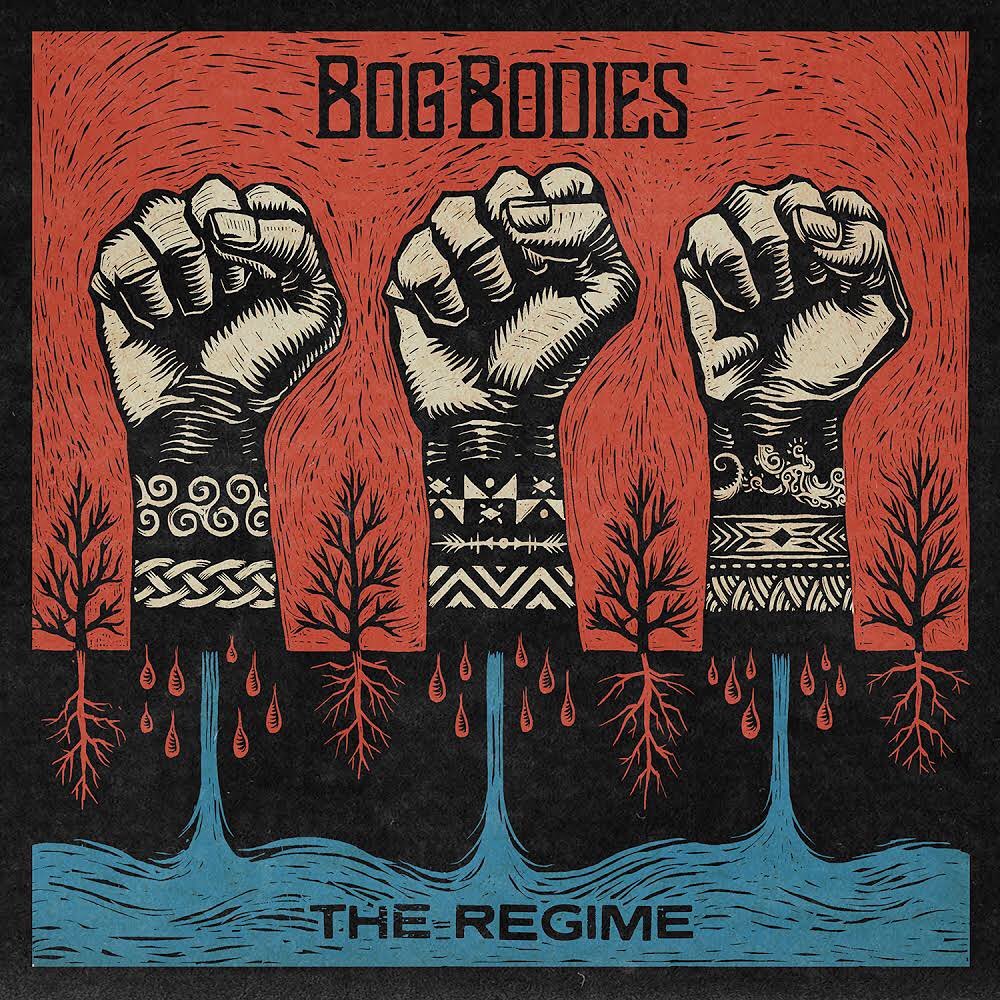 Bog Bodies is a Tipperary’s “heavy folk” band formed by Irish singer-songwriter Dan Maher, who is also an anthropologist, who clearly is interested in the human condition in his music too.

It’s also called ‘Bog Rock’ or ‘Druid Rock’ if you like, and Maher also gets inspiration from studying ancient culture, megalithic tombs and sites of ancient interest.

The combination of the elemental and the exploration of makes us tick is at the heart of the new Bog Bodies song ‘The Regime’ which uses a well-amped up bodhrán as its main minimal backing, with Maher highlighting the fight of local populations around the world battling corporate interests who are ravishing the lands, taking clean water and natural resources at the expense of the people who live near these coveted supplies, with reference to the Shell To Sea campaign in Rossport, Mayo and the North Dakota Pipeline.

It’s a powerful guttural song, and I’ve included the lyrics below for further insight. It’s out now on US label Invocation Records.

We all know that the regime prefers, not to disclose,
Why the gates are locked, Why the doors are closed,
Why the war must go, why the price must go up,
Why we must not see them, while they’re watching us…

I know a little village, it’s called Rossport Mayo,
They tried to send Shell to Sea, but sure, how could they know,
That the corporate lobby, was so ruthless and strong,
I thought our republic would have their backs,
Turns out I was wrong.

Look at the Native American, out in North Dakota,
Protesting the pipeline, against the company’s quota,
Held their line strong, against the boys in blue,
Against private security, and the media too.

So, I know that Buru Energy, is trying to frack the Kimberly,
If it wasn’t for the Aborigine, standing up in the way to white history,
Tell me how can this be, all have eyes, all have minds, but no memory…

We got Karnataka, water wars, in West India,
The mob required state relief, and they demanded it now,
Cause there’s wells that went dry, that never went dry before,
You know it’s Coca Cola, sucking it up, from deep in the bore…

I get my water from plastic, it’s distributed that way,
It’s mixed with sugar and oil, I throw the bottle away,
It’s just this curse of convenience, come back to haunt you and me
Through all that single use plastic, that’s clogging up our seas.

It’s a simple observation, of the state of these nations,
The indigenous populations, are spearheading the resistance,
A savage revocation, of the rights of no nation, to consume and to destroy,
Without consultation….

Are you a holy well? Or are you wholly well?

It seems to me, a holy well, was here from before,
The rain come down and all around, and round once more,
So bathe your face, bathe your eyes, three times to be sure,
And continue on your journey, knowing, you’ll be back for sure.