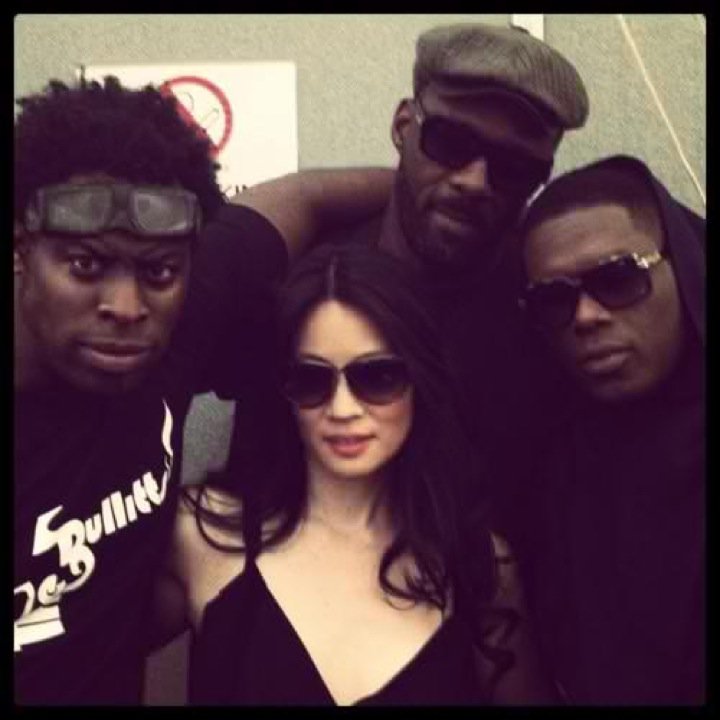 This is what we do know: The Bullitts is the all-star narrative project led by one Jeymes Samuel which so far has featured or is set to feature Roisin Murphy, Tori Amos, Charlotte Gainsbourg, Jay Electronica, Lucy Liu, Passion Pit and Mos Def. It’s been a slow reveal with The Bullitts over the course of months but the project is finally showing itself away from the crime-caping Youtube clips starring Idris Elba.

The debut album They Die By Dawn and Other Short Stories is due out later this year and it recounts the story of Amelia Sparks, an ice-cold murderess awaiting execution on death row, voiced by Lucy Liu. Amelia’s diary is currently being broadcast via Twitter.

‘Close Your Eyes’ featuring Jay Electronica and Lucy Liu has been the standout track since April but some other tracks have emerged since. ‘Landspeeder’ is available on iTunes and sounds like TV On The Radio while ‘Run & Hide’, the most recent track is positively anthemic and features Jay Electronica once again. They also performed their first ever gig at The Big Chill last week (footage below).

Here’s some live footage from The Big Chill last week:

Feist – ‘How Come You Never Go There’