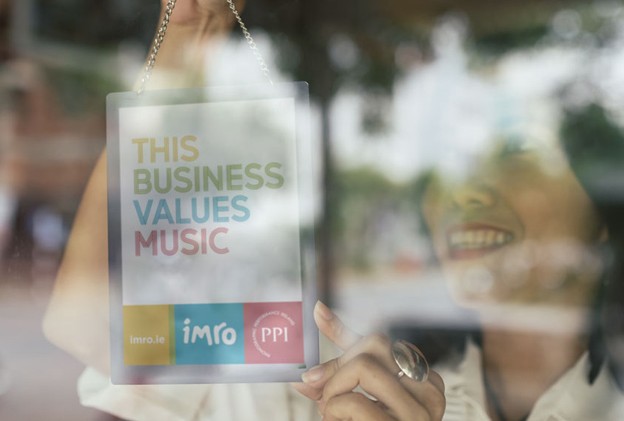 Album of the week: Empress Of – Me

The Irish Music Rights Organisation (IMRO) and Phonographic Performance Ireland (PPI) today have announced a new music licensing system for businesses in Ireland, which claims to be a more streamlimed process for businesses looking to play music on their premises.

The new licence will be a dual music licence that covers both IMRO and PPI. Currently, businesses were required to obtain one licence to cover separate copyrights, IMRO’s licence covers public performance on behalf of songwriters, composers and publishers while PPI’s licence covers the public performance of the sound recording on behalf of record producers and performers.

The new dual licence scheme begins on January 1st 2016 and will replace the existing one completely in 2017. IMRO will administer the licence on behalf of both organisations.

“The new dual music licence will provide businesses which play music with clarity as to what they need to do to be legally compliant. It means that one contract covering all music copyrights will be available from IMRO, rather than two separate licence contracts from two different organisations. This will reduce the administrative burden for businesses in Ireland and save time. As we phase in the new system, we will be contacting affected businesses to explain the changes.”

“Introducing a more streamlined licensing system ensures that all businesses in Ireland continue to enjoy the benefits of using music. It is important that all involved in the creation of music, get a fair return for their work. Music is one of Ireland’s greatest assets, delivering half a billion euro to the economy annually and supporting 11,500 jobs. Music licensing is an important contributor to continued growth, maintaining jobs and fostering creativity in the sector.”

“The new model is very similar to systems that are in place in Denmark, the Netherlands and New Zealand. It makes sense that a dual licence covering all public performance rights is available for Irish businesses. We look forward to working with IMRO to ensure a smooth transition for our licensees. An information campaign will be initiated in the coming months to ensure as much clarity and support for businesses as possible. In operational terms, this announcement impacts less than 50% of PPI’s business. As a result up to 8 staff will be affected. Some of these staff will transfer with the business, while others will have the opportunity of either transferring with the business or availing of voluntary redundancy. A staff consultation period is now in train with those affected.”

Read my interview with IMRO’s Victor Finn about why he thinks the Irish music industry is failing.