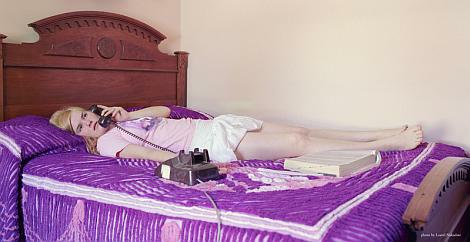 I hate that name. I haaate it. It’s the ultimate “sad-loser-in-his-bedroom-playing-plinky-plonky-music-on-his-keyboard-in-the-dark” stage name. Totally emo. Pity then, that Owen Ashworth’s music is mostly sublime and not at as depressing as the name suggests (only just). If you know his album Etiquette (and if you don’t get it), you’ll know what to expect: melancholy-tinged, synth-led story songs.

This new EP, Town Topic consists of thirteen short instrumental pieces, book-ended by the two vocal tracks that were recorded specifically for the film Stay The Same Never Change by Laurel Nakadate.