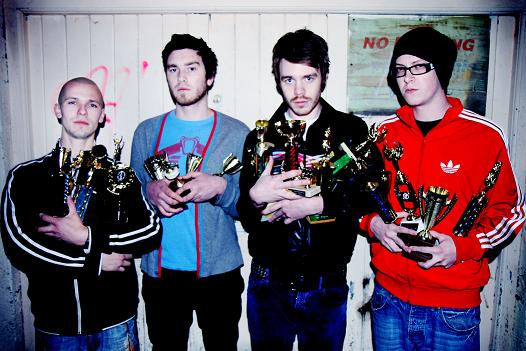 The Cast Of Cheers woke up in their new London house over the weekend to find that some of their equipment was stolen. Having just moved in a couple of weeks, the band were not yet covered by insurance so it’s a pretty shitty loss. The band were due to record their second album in a couple of weeks and they are no without money to replace the gear which included a Macbook Pro, a whammy pedal, a Korg keyboard and a Line6 – M13 (info and pics).

As the band offered their debut album for free, it wouldn’t be a bad idea to donate some money via Paypal to their situation. Alternatively, look out for the gear being sold on eBay or in the London area.