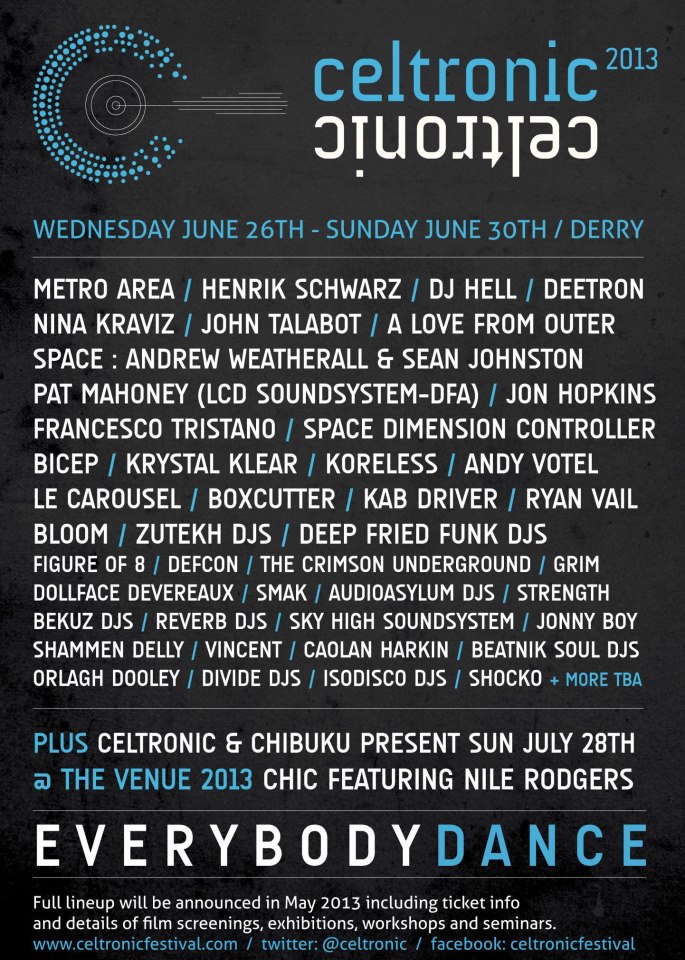 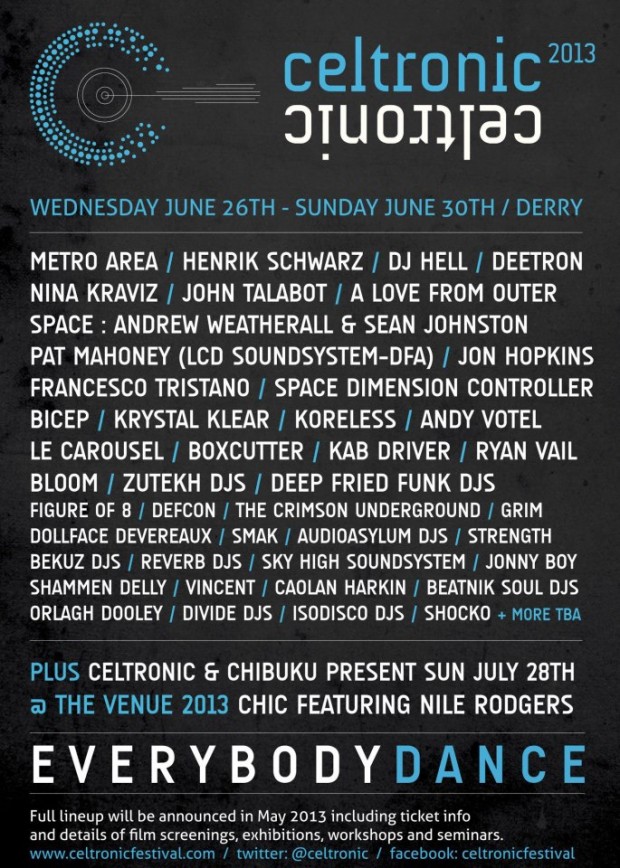 Celtronic 2013 takes place in Derry every year but 2013’s lineup from Wednesday June 26th – Sunday June 30th in the European City Of Culture for the thirteenth edition of the festival will be of interest to you.

More info and ticket prices to be revealed in May. facebook.com/celtronicfestival