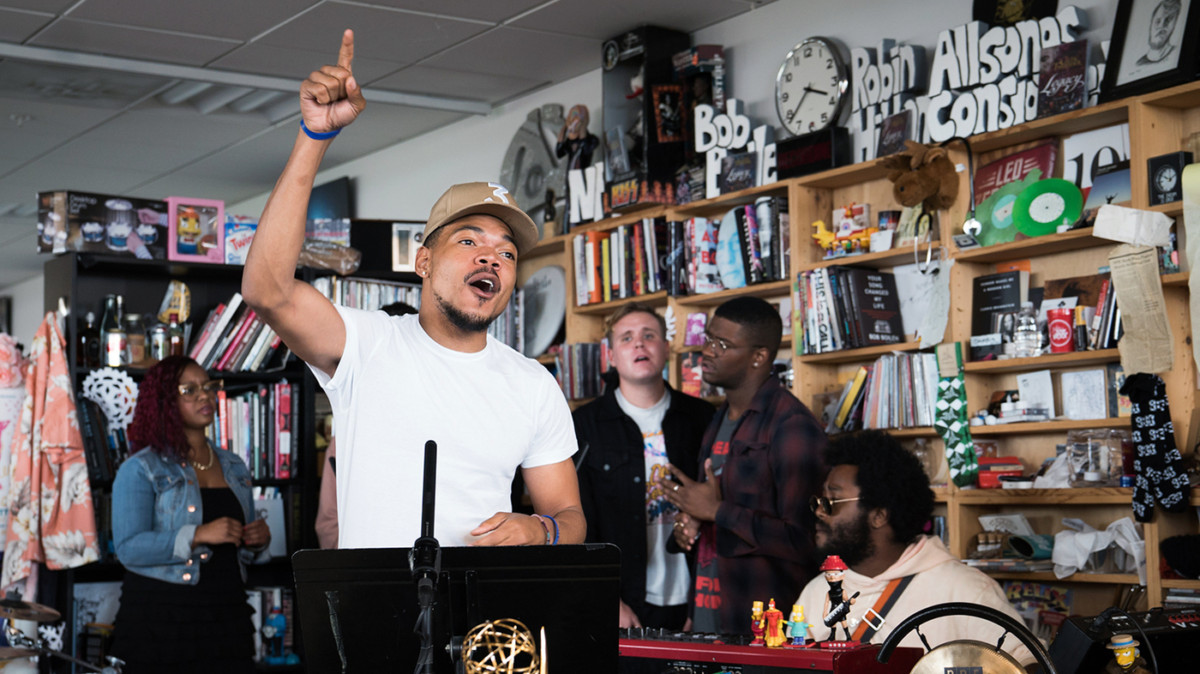 Chance The Rapper performs ‘Juke Jam’ from Coloring Book, a specially-written poem and a Stevie Wonder ‘They Won’t Go When I Go’ on NPR’s Tiny Desk concert.

Chance The Rapper knew he wanted to try a different approach for his Tiny Desk performance, so he decided to do something he said he hadn’t done in a long time. He wrote a poem. More specifically, he wrote a poem in the short time it took him to ride from his hotel in Washington, D.C. to the NPR Music offices. Calling it “The Other Side,” Chance debuted it in the middle of his remarkable set, reading from his notes written out in black marker on sheets of typing paper.

“I still have all the keys that are of no use to me,” he began. “They used to, though. On the other side was a mansion on a hill, complete with L.A. pools and fireplaces and a rim made specifically for people that lie about being six feet to dunk on.”