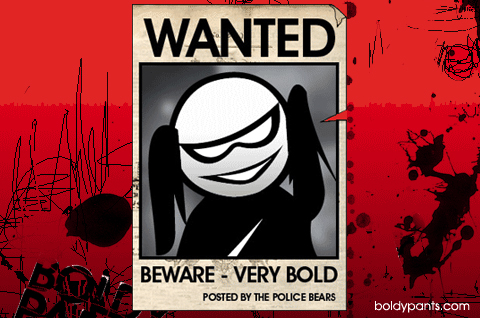 John Lambert who goes under the name of Chequerboard now has another name to add to his signature. Boldypants. The name came from.. Ah I’ll let him explain:

A long long time ago in a musical galaxy far far away I did up some t shirts up called ‘Who’s a Boldypants’, for the launch night of my first album Gothica in Dame Lane, Dublin. As it happened on the night the t-shirts sold more than the albums and in the months and years after, people often asked me whether they’d be available again.

Well they are now available again and with grittier electronic tunes than he usually showcases to accompany it all.