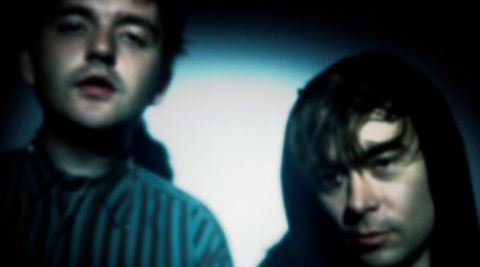 I was pleased a couple of weeks ago when a previous tip of mine The XX were announced as support to The Big Pink on April 18th in Crawdaddy. As it happens, The XX have had to cancel their slot but I’ve become increasingly enamoured with The Big Pink’s mix of shoegaze, rock and electronica. There are two of them (Robbie Furze and Milo Cordell) and Milo runs Merok Records which released records from Salem, Rainbow Arabia, Titus Andronicus, Crystal Castles and Telepathe.

The tune that did it for me is the humongous ‘Too Young to Love’, the aggressive male twin to School of Seven Bells’ ‘Face to Face on High Places’ accompanied by the Delorean remix of the tune. They also do a mean cover of The Cure’s ‘Love Song’.

The Big Pink – Too Young to Love

The Big Pink – Too Young to Love (Delorean remix)

The Big Pink release ‘Velvet’, their debut single on 4AD on April 20th. A debut album is coming later in the year. The video is after the jump.