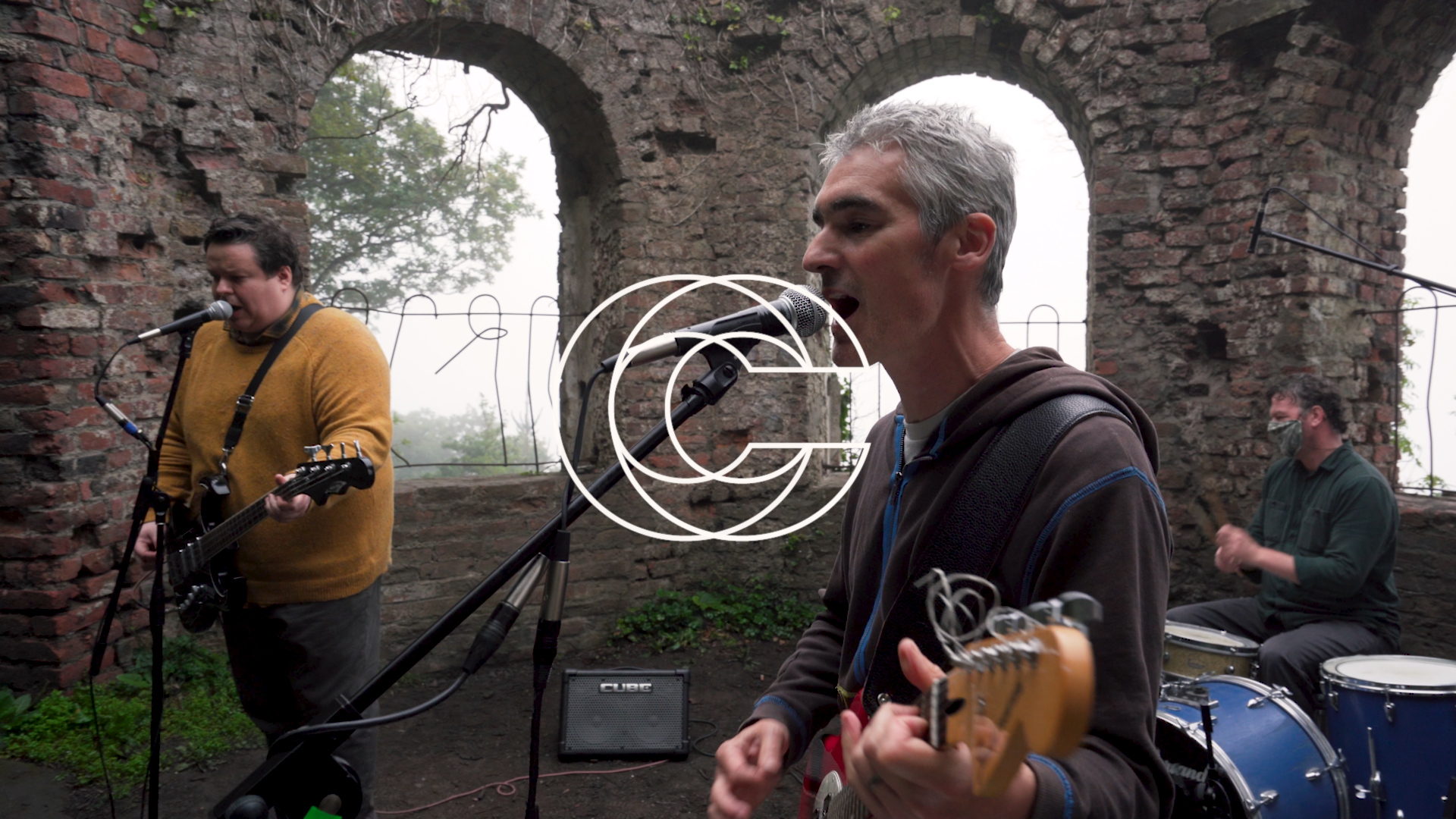 We’re delighted to once again be teaming up with Irish film collective Chromatic in premiering their newest video content.

This time around they’ve brought us a live performance of ‘I Won’t Try’ from psyche-pop three-piece Soft On Crime.

The track is lifted from the band’s debut cassette release In The Terrarium. It’s a five-track project lush with sugar-sweet guitar licks and bone dry driven basslines, all swooshing forward momentum.

Soft On Crime has amassed a sizeable following off the back of that release, which was followed up with a three-track 7″ release earlier this month.

The band strike a fitting contrast to the drab and damp surrounding countryside around them. The somewhat tetchy energy of ‘I Won’t Try’ seems all at odds with the laconic stonework of The Octagon, Co. Wicklow.

Built in 1766, The Octagon was built as part of Bellevue Estate and owned by David La Touche. The estate was purchased from the then Dean of St. Patrick’s Cathedral Reverend Doctor Corbett.

The Octagon itself was originally used as a tea room or hunting lodge, at one point having a model of a Panther on springs which could jump out at unsuspecting visitors.

The estate was kept within the La Touche family until the early twentieth century, when its upkeep proved too costly. It’s ownership passed from hand to hand, although it was allowed to deteriorate and eventually even be demolished in the 1950s.

Even today, evident from Chromatic’s video, the Octagon proves a memorable structure, peering out on the mist gathered over Glen of the Downs below.

Check out Soft On Crime’s latest release below.