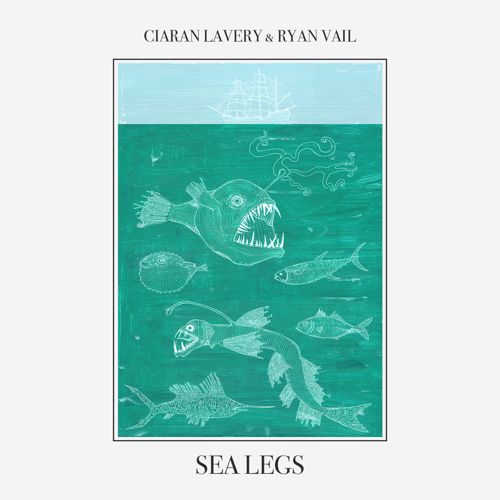 Quet Arch is a new label from the people behind Champion Sound Recordings for non-electronic releases and the first propler release on the label is an intriguing one as it pairs two of Northern Ireland’s brightest talents together for a seven track release under the name Sea Legs.

The Derry producer and singer Ryan Vail is known for his gentle electronic tones and Ciaran Lavery is a bright Belfast singer-songwriter who sounds a lot like Damien Rice and who has racked up 11 million plays on Spotify already for his clutch of releases.

‘The Colour Blue’ from the release, inspired by the coast of Donegal, has a quiet epic wistfulness to it. The project recalls the Scottish collaboration between Jon Hopkins and King Creosote, as it’ll feature a combination of ambient music and Lavery’s vocals, as well as “spoken word, a Boston and Donegal fisherman, sea gulls, the howling wind and sound of the sea.”

The album will be released on April 17th/April 20th (Ireland/UK) on Quiet Arch on limited CD and a 10″ sea-green marbled vinyl record. Cover art by Theo Weedon.