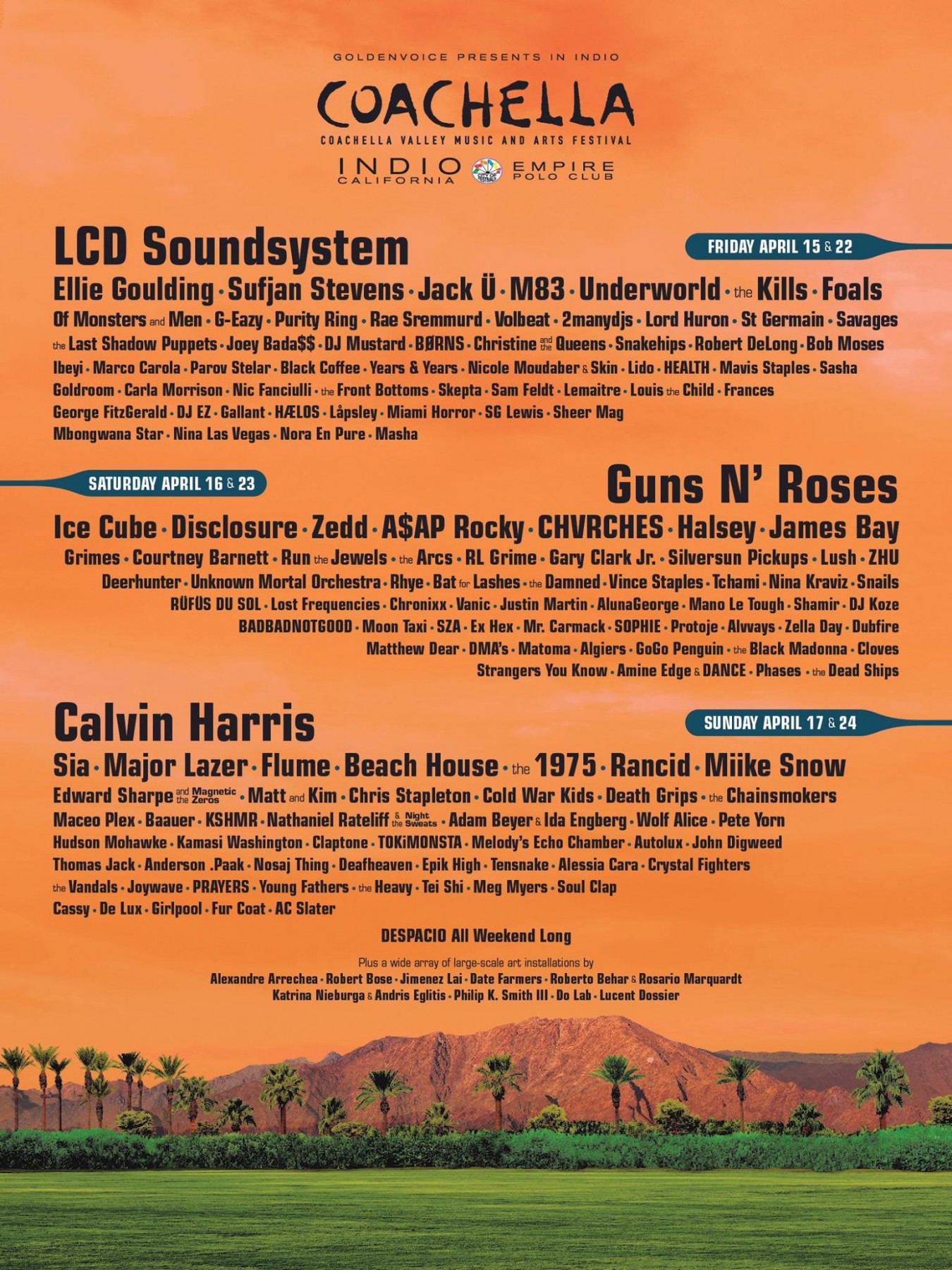 The Coachella rumours were true. In the first big festival announcement of the season, Coachella have confirmed that LCD Soundsystem and Guns & Roses are among the headliners as suggested earlier this week for the festival in Indio, California over the two weekends of April 15-17 / 22-24.

Also lined up for Coachella, a marker of what may come in festivals closer to home this year is Jack U, M83, Underworld, Sia, 2ManyDJs, Chvrches, Halsey, Grimes, Run the Jewels, Miike Snow, Flume, Beach House, Death Grips, Disclosure and Major Lazer.

Other unique bookings, at least for now, include Ice Cube, The Last Shadow Puppets and Lush. James Murphy and Soulwax’s brilliant Despacio tent is there all weekend as well while Mano Le Tough is the lone Irish representative.

Passes are on sale tomorrow priced from $399 and up.