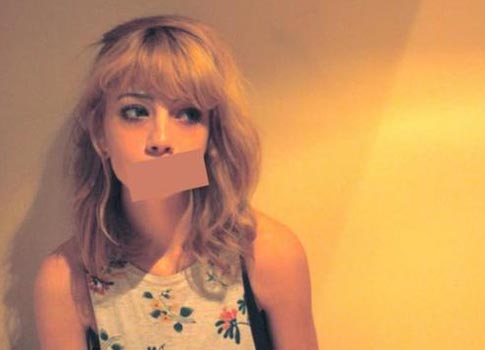 Listening to Danielle Johnson aka Computer Magic has been a regular occurrence ever since I was tipped off about her music in September last year. She just keeps dropping synth-pop songs with her unique voice over the top. They are a must-listen.

Two bits of Computer Magic news, then. Firstly, there is a free downloadable EP called Spectronic on the CM blog for you to grab. All songs were recorded between November and January. It sounds like this:

In So Many Ways by Computer Magic

Secondly, and rather excitingly, Computer Magic will move beyond the computer on March 15th when a self-titled four-song 12″ vinyl will be released through White Iris Records. The previously available ‘Found Out’ has been recorded for the occasion into a more well-rounded track and sounds like this:

Lastly, Computer Magic play SXSW. Although this bit of news mainly doesn’t apply to all but it does to me. Excite.

Vinyl Tracklisting:
A1. Electronic Fences
A2. Found Out
B1. About You
B2. Running

Get stoned: Listen to the remastered Queens Of The Stone Age debut