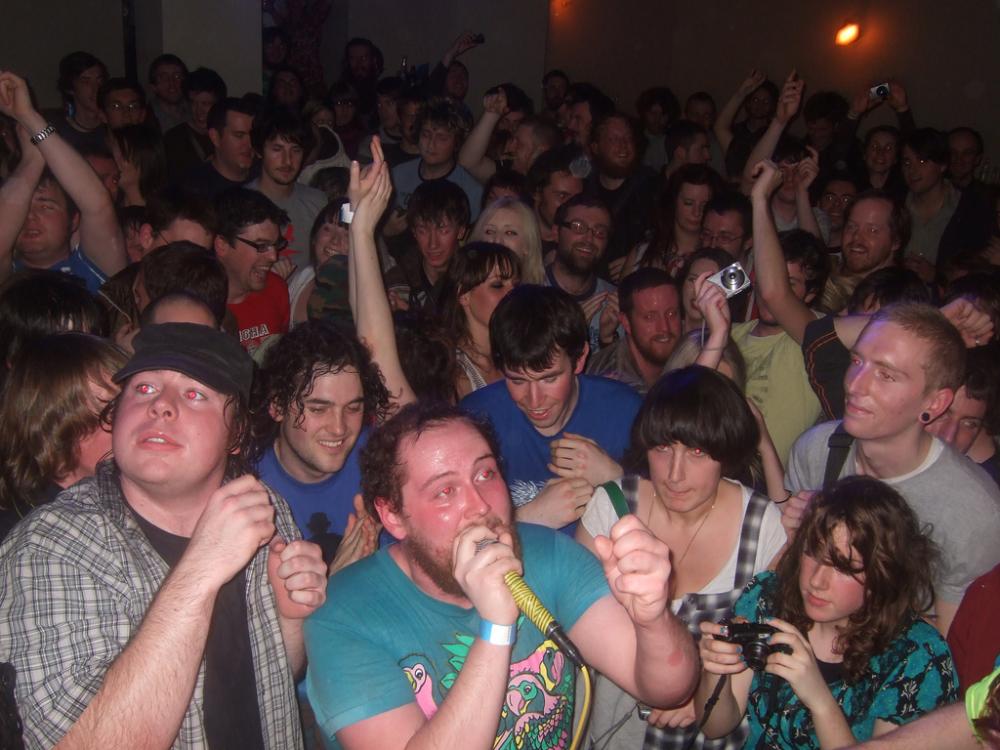 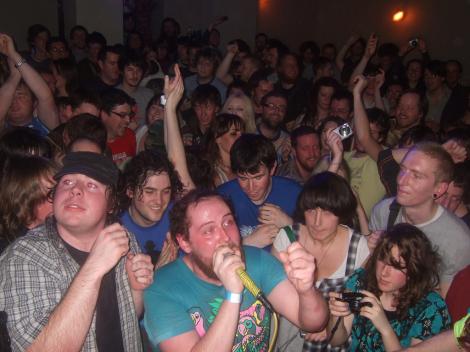 You’ve never seen Whelans quite like this. It’s a venue renowned for its patrons lack of limb-flailing, the flock strike a non-chalant pose by default, no matter how transcendental the gig before them is. The mould is broken occasionally when joyous infectiousness warrants it and HOLY FUCK, one of those nights was last night.

You’re Only Massive melted the crowd with hula hoops, crowd-surfing and dance moves and by the time Dan Deacon was due on, there was a brisk atmosphere. Those who were at the Crawdaddy show back in August were converted and waiting for their giddy messiah, friends brought bewildered friends who by the end of the show left with gargantuan grins. Dan Deacon brings the magic of shared experience and dancing like a twat in front of yours and everybody else’s mates.

The stage offered the best vantage point in the room, despite the many people on the balcony (who looked like they were watching a wall such was the lack of expression. True?). Downstairs was where it was at. I turned into a giggling Japanese uber-fan at a Backstreet Boys concert in the mid-nineties for the duration of the show, dancing and screaming as loud as I could. We danced together, sang from lyric-sheets to “Wham City”, laughed at Dan’s jokes, witnessed a sassy as fuck dance contest and sang about Youtube and Ethan Hawke. I now have Dan Deacon-induced creakneck.

How does one man manage to strip so many of their inhibitions simultaneously?

Setting up your equipment in the audience can help. Performing in dim lighting with a trippy green skull and a few table lights might do the trick too. It helps that you can establish a rapport with an Irish audience to the extend that starting the set with House of Pain’s “Jump Around” doesn’t cause you to get your legs broken afterwards. Deacon rips up the live-gig rule book and shoots it out of the speakers in a day-glo technicolor utopia.

The mammoth singalong “Wham City” was a fitting and triumphant ending and hands down beats any crowd singalong I’ve witnessed. Absolutely incredible experience. The guy in the sweaty t-shirt and arms upstretched below says it all. 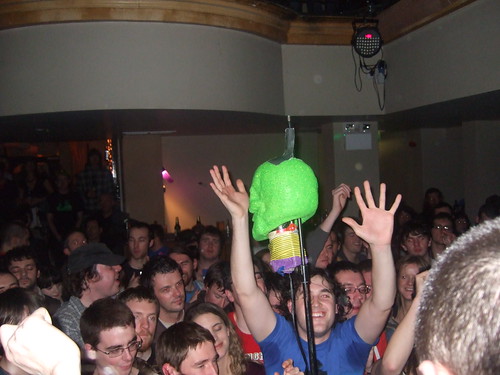 13 Things you may have missed this week