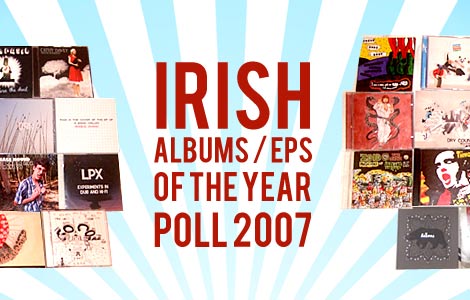 The second annual nialler9 Irish album poll is back after last year’s success! 2006 saw Si Schroeder voted the best album by you guys and this year I’m extending the poll to include Irish EPs as there were many quality EP releases this year that deserve some love too.

Here are the simple rules to vote:

Leave your votes in the comments in public for all to see.
Use the vote page.
Send an email to [email protected] with your choices

It was a good year for EPs with Channel One, Halves, Dark Room Notes, Terrordactyl, Adebisi Shank, LPX, Fight like Apes and The Things all releasing in the last twelve months. Of course, there are plenty of others which you can help fill in the gaps with.

Update: I’ll close the vote on Tuesday at noon.