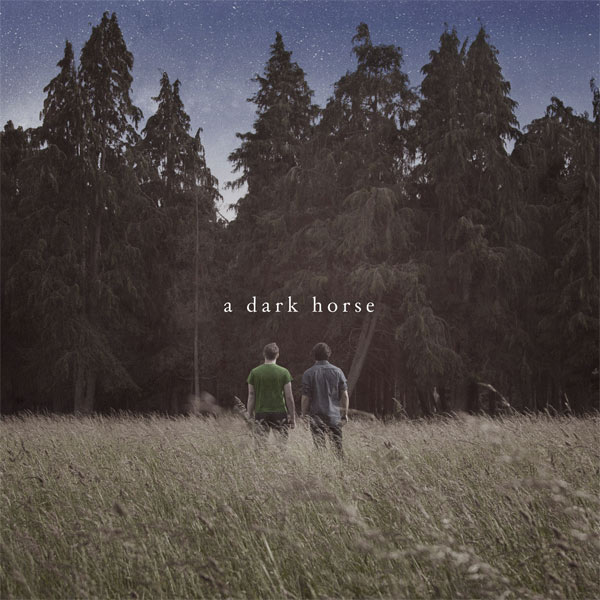 On the surface, A Dark Horse are the latest in a long line of folk-rooted acts but the Dublin duo Hugh Rodgers and James Parker take a palette of sounds that can so often come across wishy washy and unmemorable and turn it into a rich, cinematic and substantial sound. It’s the difference between those with an original voice and motivation and those who are copyists of the source.

The music goes beyond just songs,” they say. It’s about recreating and inspiring an emotion.” It’s the all-encompassing drive that comes across clear for me. The arrangements on A Dark Horse’s debut EP are detailed and carry an imprint of careful consideration and knowledge. Rodgers and Parker clearly know what they wanted to do and have executed their sketches in big ways and in a truly immersive project, they also make their own music videos and artwork as well as play the banjo, bouzouki, organ, guitar and piano. They’ve had musical help since their inception in 2010 from Adrian Mullan (formerly of Fight Like Apes), Niall Woods (who recorded the EP), Stephen Shannon (of Strands, who mixed it) Vyvienne Long, v and Luke Slott. They didn’t rush things and it shows. Here’s their debut EP, available for a fee or free: