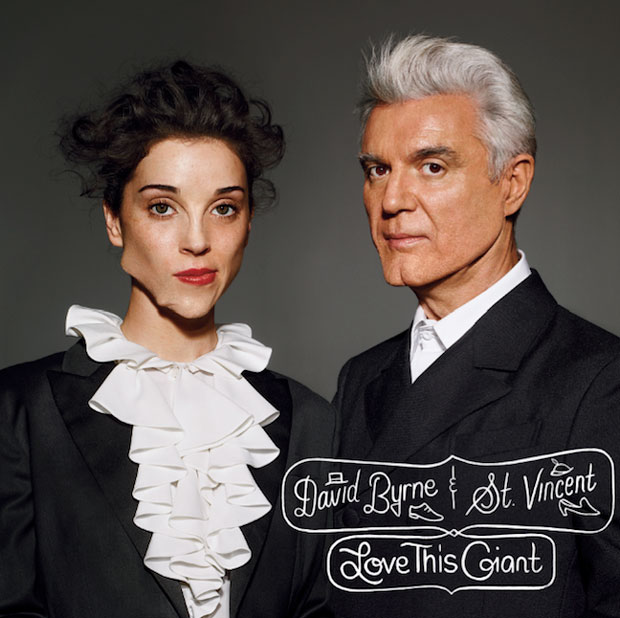 Mumblin’ Deaf Ro – The Herring and the Brine (Free download)

St. Vincent and David Byrne have recorded an album called Love This Giant together. The pair have been working on music since 2009 when they were intially asked to collaborate on a track for charity. Rather than do just one track, they went the whole hog and the central theme of the record is the use of a brass band.

From the sound of first track – ‘Who’, it’s an inspired theme; both Byrne and Clark’s voices are suited to the brass instrumentation and Clark’s recent guitar work has echoed the sound of brass parps of late.

Download the track at the album site or below. Love This Giant is released on 4AD/Todo Mundo on September 7th in Ireland (September 10th UK and 11th in the US). US tour dates for the pair have been announced too.