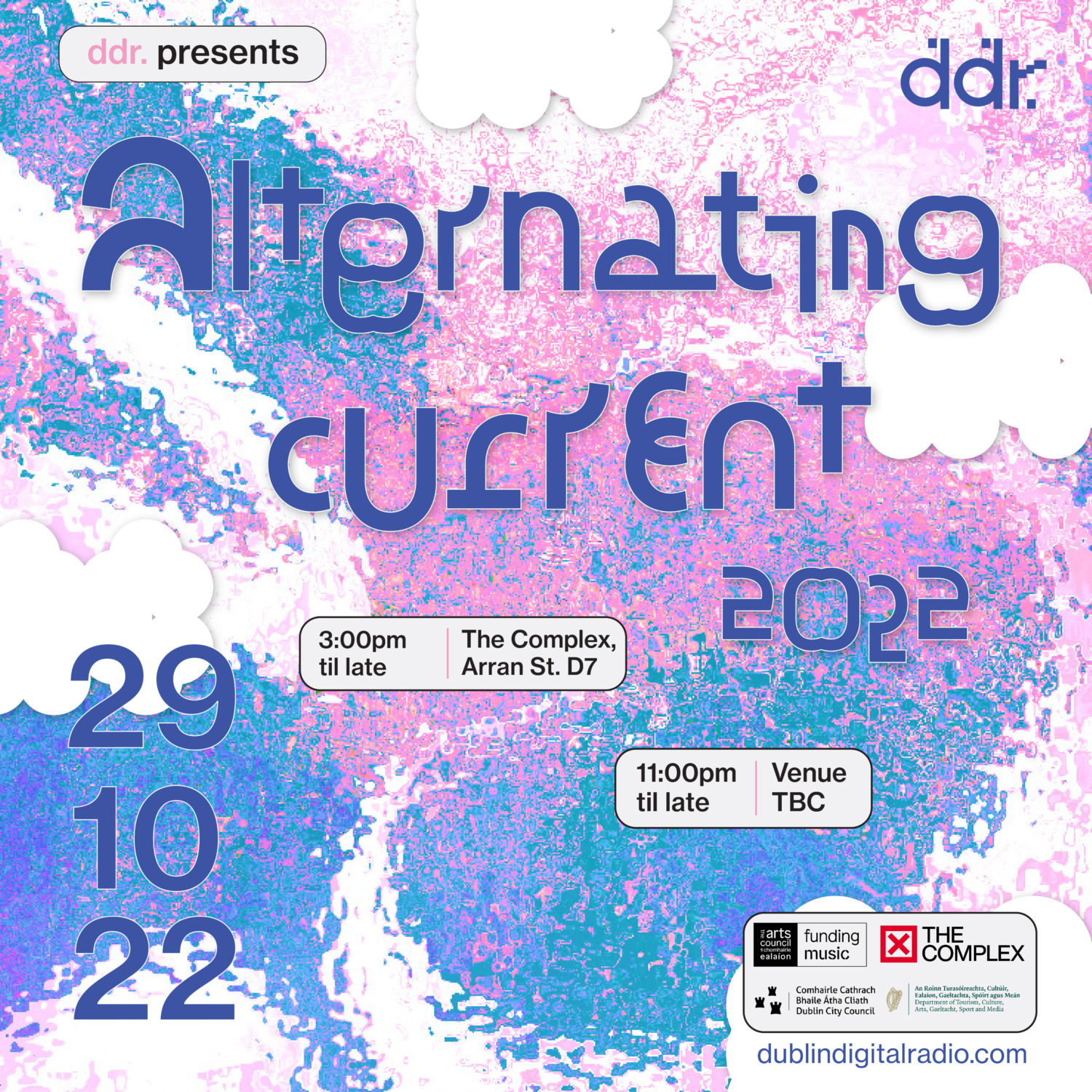 Dublin Digital Radio has announced that its experimental music and art festival will return this October 28th and 29th to The Complex, where the station operates from this year.

Alternating Current is an annual celebration of sound artists, electronic experimenters and the networks of DJs, producers, and radio artists that make-up the station’s roster.

For its 2022 edition, a series of live events and radio broadcasts that this year will take the theme of Beyond Human Intelligence, inspired by the writings of James Bridle and Pauline Oliveros.

On October 28th, the Alternating Current programme features a specially commissioned radiowork by artist and resident of the station Aisling-Ór Ní Aodha which will be broadcast on listen.dublindigitalradio.com

Events in The Complex will be divided into two concerts Deep Listening and Beyond the Human.

Tickets for both concerts and the late night part are priced at just €15 for Patrons, €22.50 for non-Patrons.

“Alternating Current is Dublin Digital Radio’s response to the experimenters in sound who are both residents of the station or friends of the station. It’s a one day celebration of new music specifically created for The Complex’s vast warehouse space and we’re really excited to share this new work in such beautiful surroundings.”