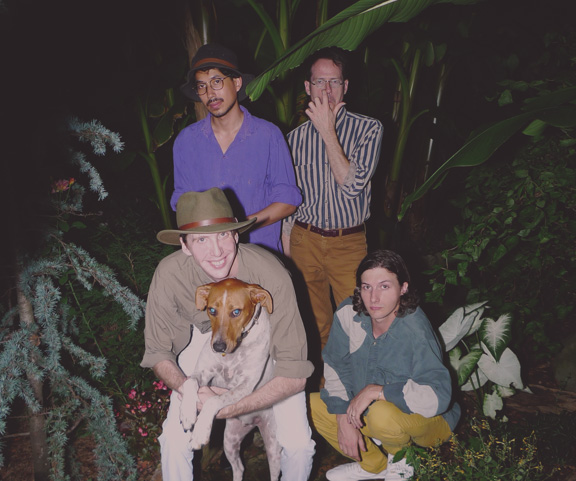 There is finally a Tame Impala ‘Let It Happen’ video

Deerhunter announced plans for the release of a seventh album called Fading Frontier, the followup to  2013’s Monomania. It’ll be released on October 16th on 4AD.

Recorded by the band in Atlanta with Ben H.Allen III, the album is being pitched as  their most accessible album yet, a balance between melody and texture with brighter songs production-wise.

Broadcast’s James Cargill plays synths on one track called ‘Take Care’. Snakeskin’ certainly suggests the band are moving in a lighter sphere, with a funky Violent Femmes-esque style to it.

Deerhunter are lined up to play Dublin’s Button Factory with support from Cox’s other project Atlas Sound on November 1st. Tickets are €26.50+fees.

Hear a new song from Battles – ‘The Yabba’

Enemies return with a new sound on ‘Play Fire’