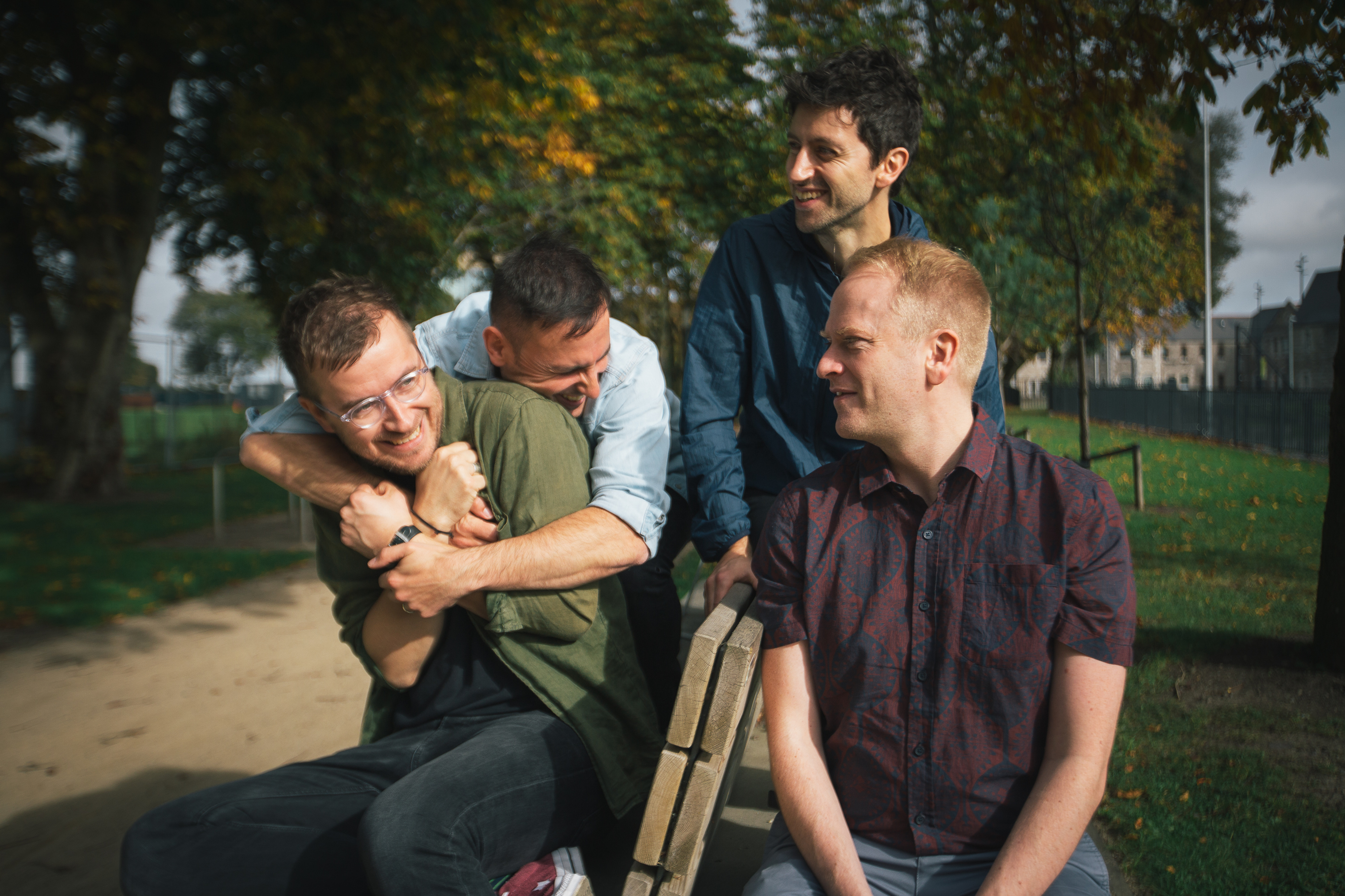 If there is any band that has a good gauge on the Dublin music scene, it’s Delorentos.  The band has seen the country go through boom, bust and back to boom again. So when they talk about the direction Ireland’s music scene is moving, it’s worth pausing for thought.

I caught up with Kieran McGuinness, guitarist of Delorentos ahead of their We Are Workman’s series this Friday brought to you by Roe&Co Irish Whiskey. Delorentos have been asked by the infamous venue to curate a night there and to no one’s surprise, it’s sold out.

We start off by talking about how they came to choosing their support act, State Lights for their Workman’s gig.

Seeing the band a few times, Kieran feels there’s something really interesting and exciting about them. “We get real excited about new bands and share new songs or discoveries with each other like teenagers.”

Our conversation turns swiftly to the elephant in the room when talking about the Dublin music scene. The regular problems that Irish artists face are mentioned; unaffordable rent, need for better public transport and affordable practice spaces. Yet Kieran mentions something interesting that is regularly overlooked as a result of this problem, the loss of an integrated and diverse scene.

“It’s already noticeable that (aside from a few exceptions) there are fewer “bands” emerging and more solo acts, more music is written on the computer instead of being jammed in practice spaces (which makes sense)”.

As a result,  he feels more bands are either coming from a more privileged background or making extra-commercial music – though he recognises there are a few exceptions to this.

“There’s a weird thing right now where a load of the most successful acts from Ireland are from wealthy backgrounds –  nothing wrong with that of course, but there’s always been a balance, whereas now it feels different.”

While Delorentos feel that the hardships of living in Dublin is having a visible impact on the Irish music scene (this week New York Times reported it was in the top 10 most expensive cities to rent in the world), it’s still hard not to recognise the talent we have at the moment. I ask Kieran about Irish bands and artists that the Delorentos are excited about at the moment. Pillow Queens, Vernon Jane, Thumper, DB Hews, Sorcha Richardson, Junior Brother, Bleeding Heart Pigeons, Murder Capital, Fangclub, Fontaines D.C all come up in conversation.

True Surrender was their fifth album released last year and it was arguably one of their most challenging ones yet. The band had made huge progress on the album but in the midst of it all decided to scrap everything and go back to the drawing board.  They describe how this process caused a lot of arguments between the four of them and how they had to make up afterward.

Yet, as he looks back on this album and the response that it had, it seems as if there is no regret in their creative process. ” It’s had a good reaction and we’re proud of it. We feel like we pushed ourselves writing True Surrender, we left our comfort zones, and it means a lot to us.”

The lads are back writing away on new music and have promised that there are some “melancholy bangers on the way”.

In the aftermath of their last album and in the depth of writing new material, McGuinness say they were delighted to be offered the Workman’s slot. He says that it’s the perfect opportunity to do a gig just for the joy of it.

“It’s a cool venue – I love venues where you can hear and feel the audience. Huge venues are often crap experiences for the band and audience. If you’re at a great gig in the Workman’s you are right in the centre of it as a communal experience. Plus you can get the best pizza [DiFontaine’s] in Dublin real close.”

Delorentos plays the We Are Workman’s Series, brought to you by Roe & Co Whiskey on August 15th. Tickets are sold out. We Are Workman’s is a Celebration Of The Diversity Of Music, Art, People, Community, Style & Taste That The Workman’s Club Represents.

i,i is a brave step forward from Bon Iver & a fitting close to a monumental chapter in Justin Vernon’s career