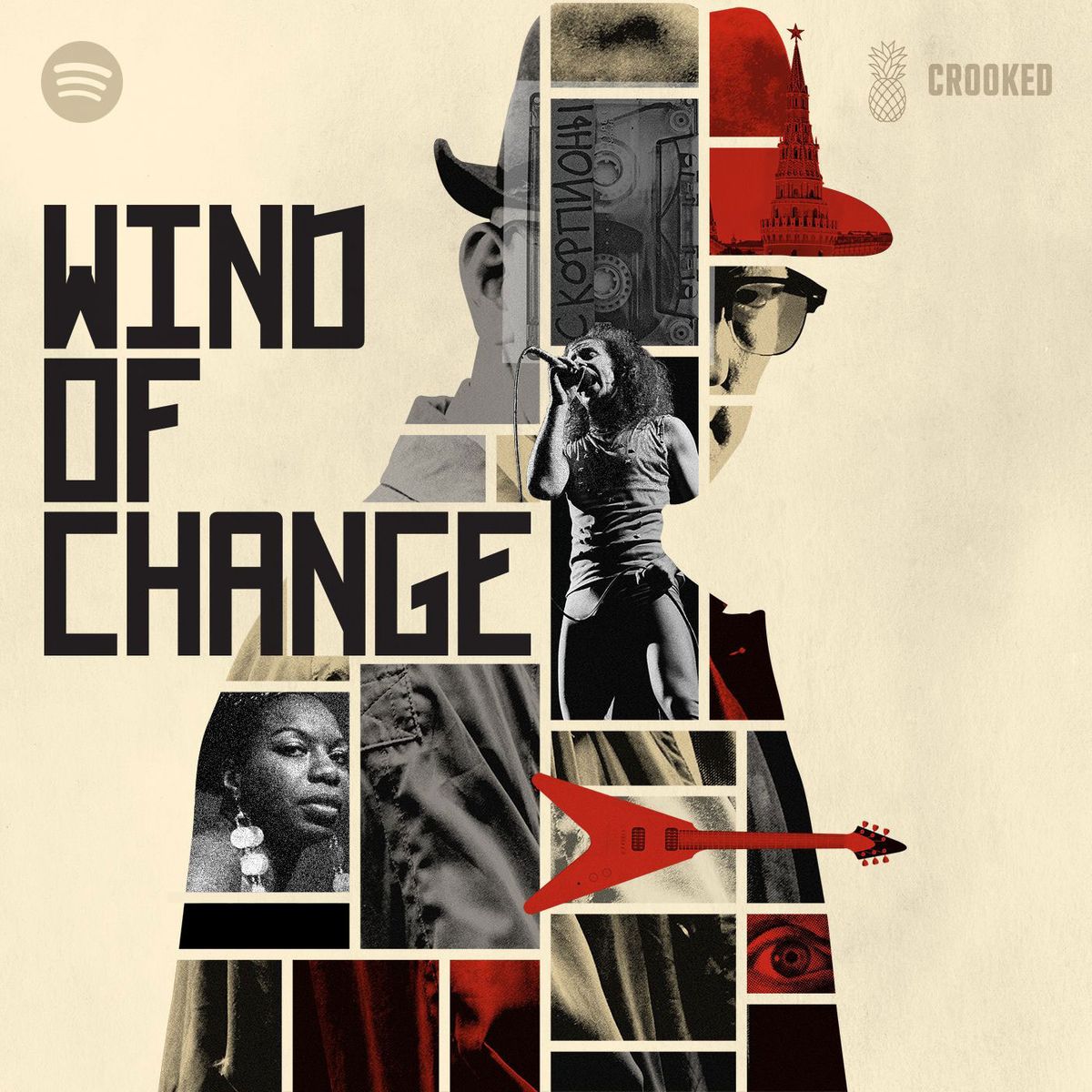 Wind of Change is a new podcast from Pineapple Street Media, Crooked Media, and Spotify that’s been getting a lot of love at the moment. I’ve devoured it this past week, in a few short days.

The premise is tantalising and focuses on one conspiracy theory.

Did the CIA have a hand in using the German band The Scorpions’ big hit ‘Wind of Change’ song as a propaganda tool in the Cold War? Did they use the song to help bring about the fall of the Iron Curtain in the Soviet Union?

New Yorker journalist Patrick Radden Keefe is at the helm of the 8-part series which delves into the story and takes in a Moscow peace concert, GI Joe customs, spy museums, CIA agents, cocaine deals with Noreaga, musicians like Nina Simone used as propaganda pawns, and a final episode meeting with Scorpions singer Klaus Meine to ask his long-sought after question.

Cabal are hosting a 3-day live stream event this weekend in Dublin, Galway and Limerick