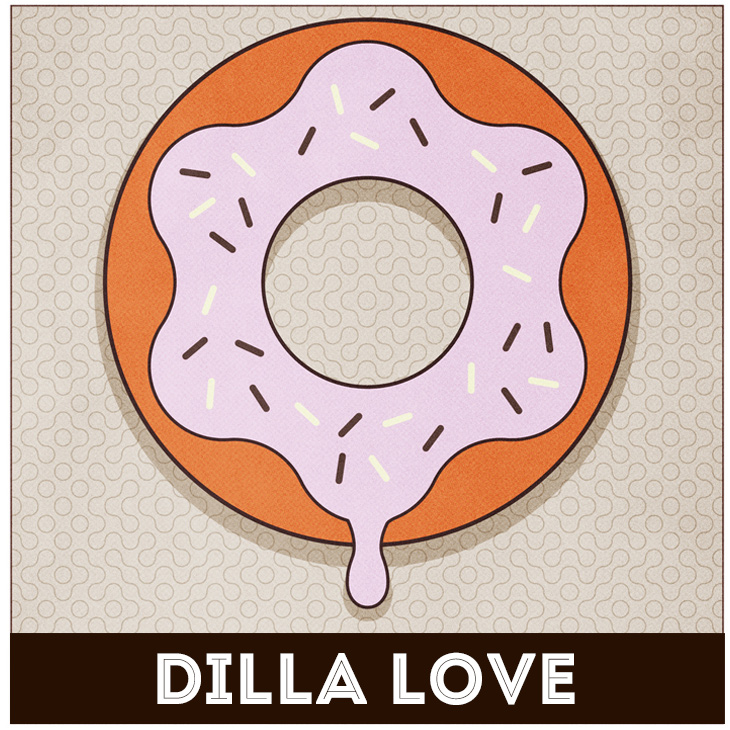 I’ve spent the entire week walking up to the sound of a web-downloaded compilation from 2007 or so called Donuts Originals featuring the original songs as sampled on J Dilla’s seminal Donuts album. There were tracks from Diana Ross and Marvin Gaye, Dionne Warwick, the Jackson 5, Isley Brothers and Raymond Scott.

So I decided in the spirit of the day that’s in it, and that last Friday was Dilla Day and that he died this week 8 years ago, to put together a 31-track Spotify playlist taken from songs across his entire discography that he sampled with a love theme including Patrice Rushen, Al Green, Zapp, Minnie Riperton, The Marvelettes, Brenton Wood, The Stylistics, Bill Evans and The Escorts. Some of Dilla’s own work is scattered in the tracklist too. Enjoy.

Artwork adapted by the Donuts artwork made by Brandon Brown.