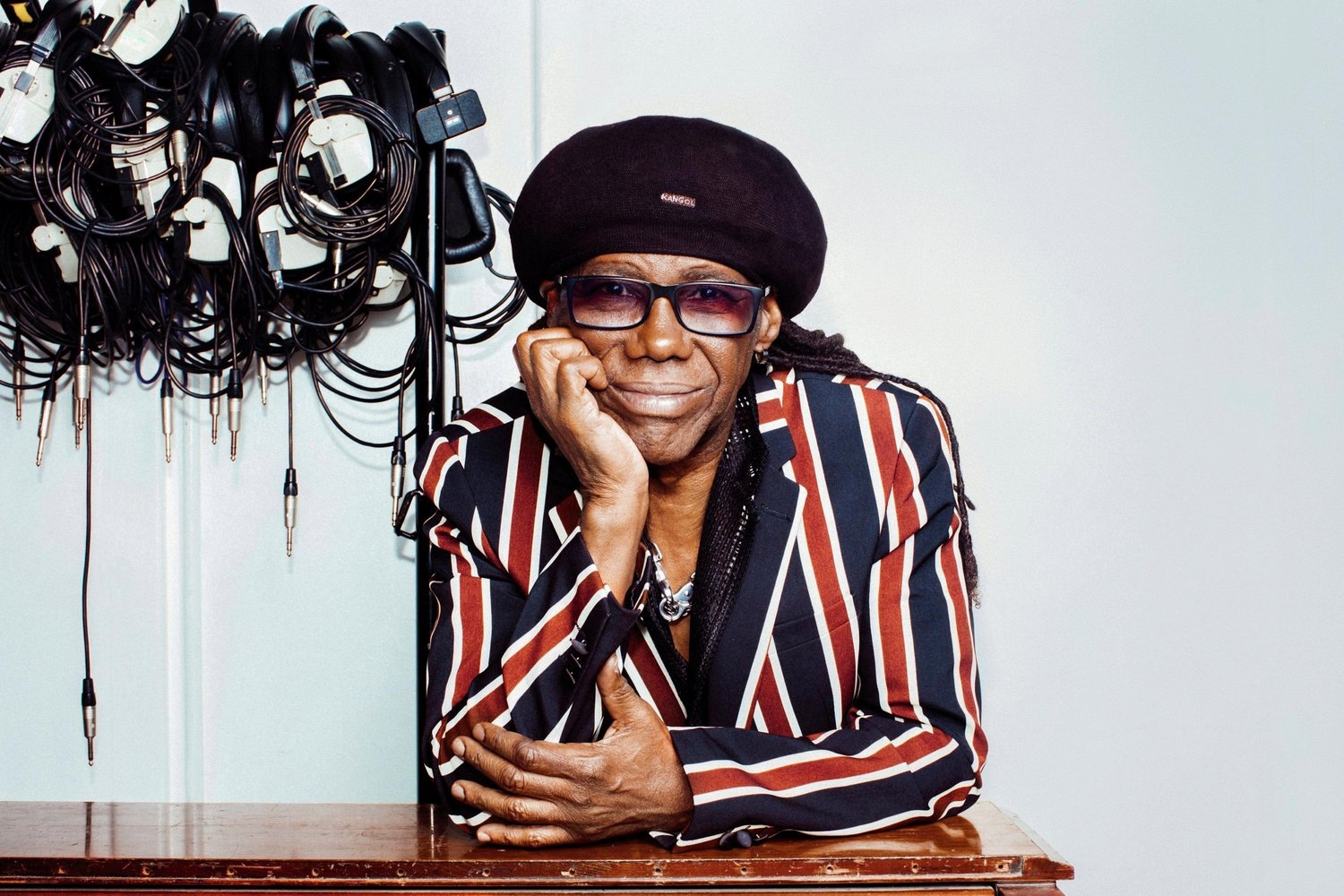 Everybody within the music industry is well aware of the injustice that is the method by which and amount that songwriters are paid for their songs, but some people might not be aware of just how great this inequity really is or how this came to be.

The derivatives of the problem are rooted in archaic laws that have changed very little since they were put in place, as David Isaelite (president of the National Music Publishers Association) explains very well on an episode of the songwriter podcast And The Writer Is. These can be traced all the way back to 1909 in the United States and songwriters on this side of the Atlantic bare a similar brunt. At the time, music was composed primarily on piano rolls and because music publishers had a monopoly on the market concentration of these, it was made compulsory for publishers to license their copyright. The amount that this license would cost was decided on by federal government, with no counsel from the composers themselves. It was decided that the composer would earn 2 cent per every roll sold, and things stayed this way until 1976. That means that Simon & Garfunkel were paid the same amount for each sale of ‘Bridge Over Troubled Water’ in 1970 as Igor Stravinsky was for ‘The Rite of Spring’ in 1913.

Since 1976 there have been myriad of small steps taken to rectify the situation but in reality, very little has changed when it comes to how much songwriter actually receives into their bank accounts each month. For a long time the focus was on preventing sites like LimeWire from pirating music illegally but in the mean time streaming sites were starting to materialise, and with the prevalence of these services came a brand new challenge for songwriters in monetising streams. It feels like they have been playing catch up with these large organisations ever since.

Last year it felt like things were finally starting to reform when it announced by the US Copyright Board that over the course of the next 5 years the amounts that songwriters are paid would steadily increase from 10.5 percent to 15.1 percent per stream from services like Spotify and Apple Music. This would be split between mechanical and performance royalties to the songwriter and publisher, the NMPA president and CEO David Israelite said in a statement at the time that “we are thrilled the [Copyright Royalty Board] raised rates for songwriters by 43.8 percent – the biggest rate increase granted in CRB history.” Just one year before this, Spotify also launched their Secret Genius programme to honour the songwriters penning the largest songs on the platform, so overall, it looked like things were starting to look up.

This is why the company came under such criticism this week when they released a contentious statement detailing their intention to appeal the decision made by the Copyright Board (Google, Pandora, and Amazon have also made an appeal but Apple Music is notably absent from this assembly). This has, understandably, prompted outrage in the songwriting community and prompted a plethora of notable songwriters including Nile Rodgers, Ross Golan, Greg Kurstin, Emily Warren and RuthAnne Cunningham to compose and sign an open letter to Daniel Ek, CEO of Spotify voicing their feelings:

“We’re hurt and disappointed. You created a songwriter relations team and ingratiated Spotify into our community. We know that you are not the only DSP appealing the Copyright Royalty Board (CRB) rate determination. You are, however, the only provider that made us feel we were working to build a modern music industry together. Now, we can see the real reason for your songwriter outreach. You have used us and tried to divide us but we stand together. Our fight is for all songwriters: those struggling to build their career, those in the middle class and those few who have reached your Secret Genius level. But none of us are ‘secret!’ WE all create the ONE thing you sell… songs.”

The fact that many of the writers who signed this letter are previous honourees of the Secret Genius is lost on no-one, and the last line in particular is worth highlighting. The licensing and marketing of any intellectual property is always complicated, but once songs are thought of as a product to be bought and sold it’s hard to justify the fact that the sole creator makes the least profit. It would be like a car dealer underselling the mechanics that make the cars that they sell. You can’t have one without the other, and yet in music the ‘other’ consistently has the upper hand.

It is also worth noting that Spotify has recently invested a large amount of capital into their podcast hold, having bought companies Gimlet and Anchor in the last year, which implies that the streaming service might be beginning to move its energy towards becoming the largest audio outlet in general.

If you unpack it, this boils down to the value of intellectual property and the laws that should be in place to protect it. Ideally, songwriters would be able to bring their material elsewhere altogether and operate as a free market but streaming really is king at the moment – just last week Apple Music trumped Spotify in their number of paid US subscribers for the first time ever, with that figure reaching a whopper 28 million verses Spotify’s (still hefty) 26 million.

Speaking of which, Apple Music are coming out of this situation very well indeed. They will surely win the favour of the songwriters having not jumped on the appeal bandwagon, and on the off chance that Spotify’s appeal is successful, they will enjoy smaller royalty payouts without having gotten their hands dirty.

Not much is certain but the fact that the songwriting community still has a long way to go in balancing the equilibrium, and the coming weeks could be instrumental in predicting how the next few years will play out for them. 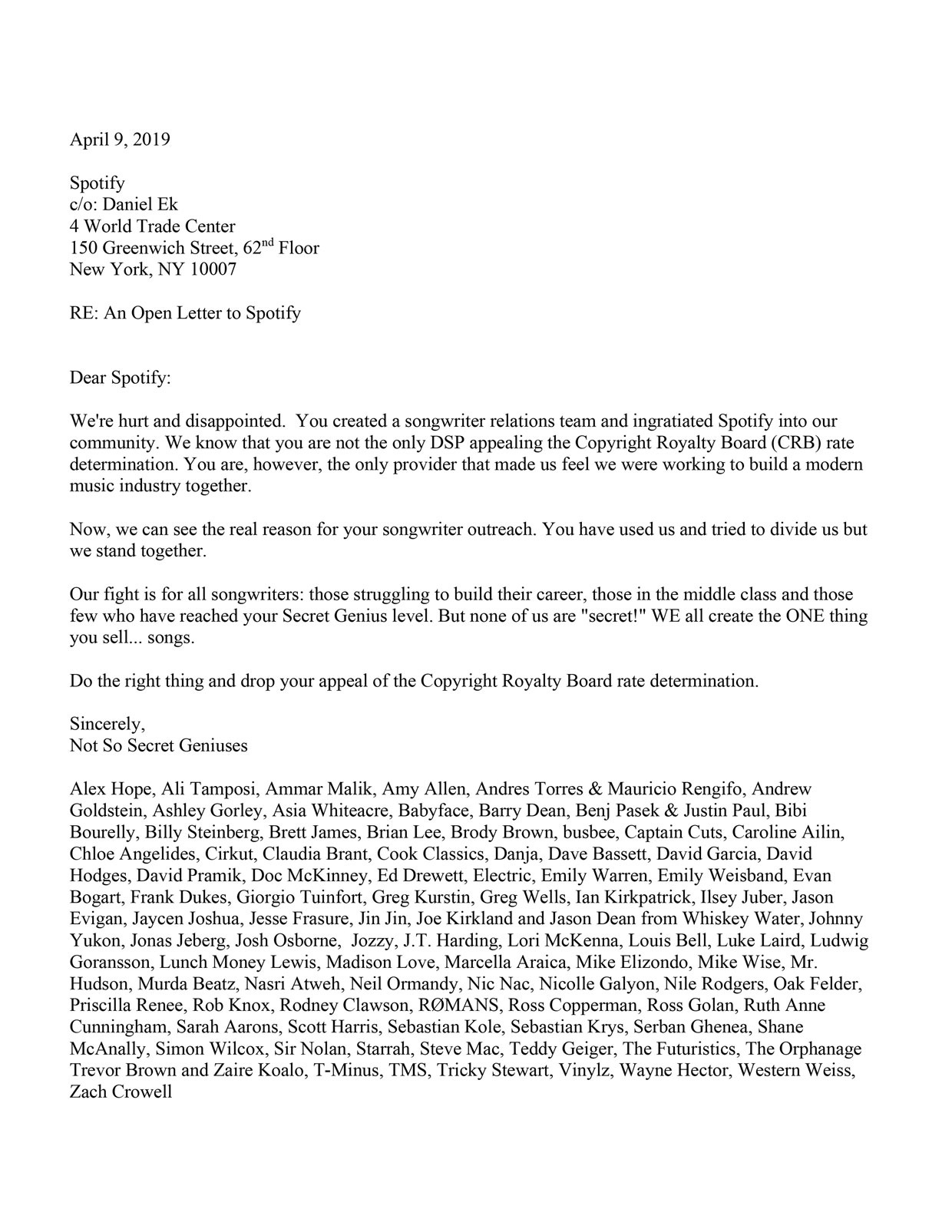