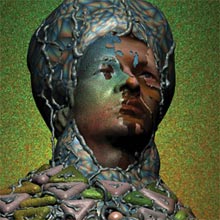 If you needed further proof after the fantastic comeback single of ‘Ambling Alp’ (it’s the nickname of a boxer FYI) that Yeasayer have shedded the neo-folk mysticisms and embraced their fun pop-orientated side , then ‘O.N.E’ is what you’re looking for.

‘O.N.E’ reminds me of the Phones Wolf at the Door remix of Futureheads ‘Hounds of Love’ in that both songs have those delayed synth squelches rising atop the rest of the instrumentation. Both songs are awesome too. Listen to the song here and then head to the site to download it.

Odd Blood is out on February 5th here and I highly recommend it. Pitchfork have a short documentary with the band filmed while they were recording the album in Woodstock.

The Golden Filter – Hide Me