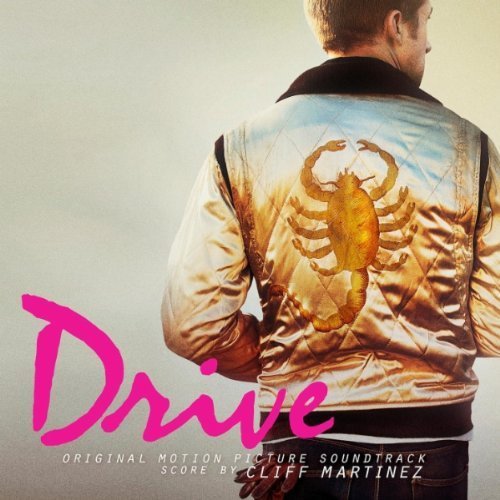 Album of the week: Jape – Ocean Of Frequency

Nicolas Winding Refnd’s Drive is a brilliant neon-lit noir tale of a getaway driver. It is soundtracked to perfection by Cliff Martinez’s score and a host of neo-retro ’80s synthesizer electronica. Ryan Gosling’s character doesn’t say much throughout the film so a lot of the time, it’s left up to the music to say it for him. Here are some of my highlights from it:

‘A Real Hero’ bookends the emotional arc of the story, its driven (no pun intended) nostalgic synths adds style to an already considerably stylish film, while reinforcing the motives of the main character played by Gosling.
College feat. Electric Youth – A Real Hero by College

I always thought this song would work wonderfully in a film and in Drive, it’s used as the soundtrack to the opening credits. It’s both light and dark. CSS’s Lovefoxxx offers the light while speaking about Gosling’s character (“There’s something inside you. It’s hard to explain.”) while Kavinsky’s vocodered vocals suggest a dark side.
Nightcall (feat. Lovefoxxx) by Kavinsky

The original ‘Tick Of The Clock’ from italo disco revivalists Chromatics’ has a running time of 15 minutes but it’s a mood piece that heightens the cinematic tension of the driving scenes.
Chromatics – Tick Of the Clock by Italians Do it Better

From the same label as Chromatics, Italians Do It Better comes this melodramatic obsession synth song by Desire.
Desire – Under Your Spell by Italians Do it Better

A distinctly dramatic operatic Italian composition from Riz Ortolani who is much loved by Tarantino:
Riz Ortolani – Oh My Love (feat. Katyna Ranieri) by Green Alex

You can get the soundtrack from iTunes.

An interview with Johnny Jewel of Chromatics and Desire about the soundtrack and how a lot of unused music will be released at a later date.

Album of the week: Jape – Ocean Of Frequency