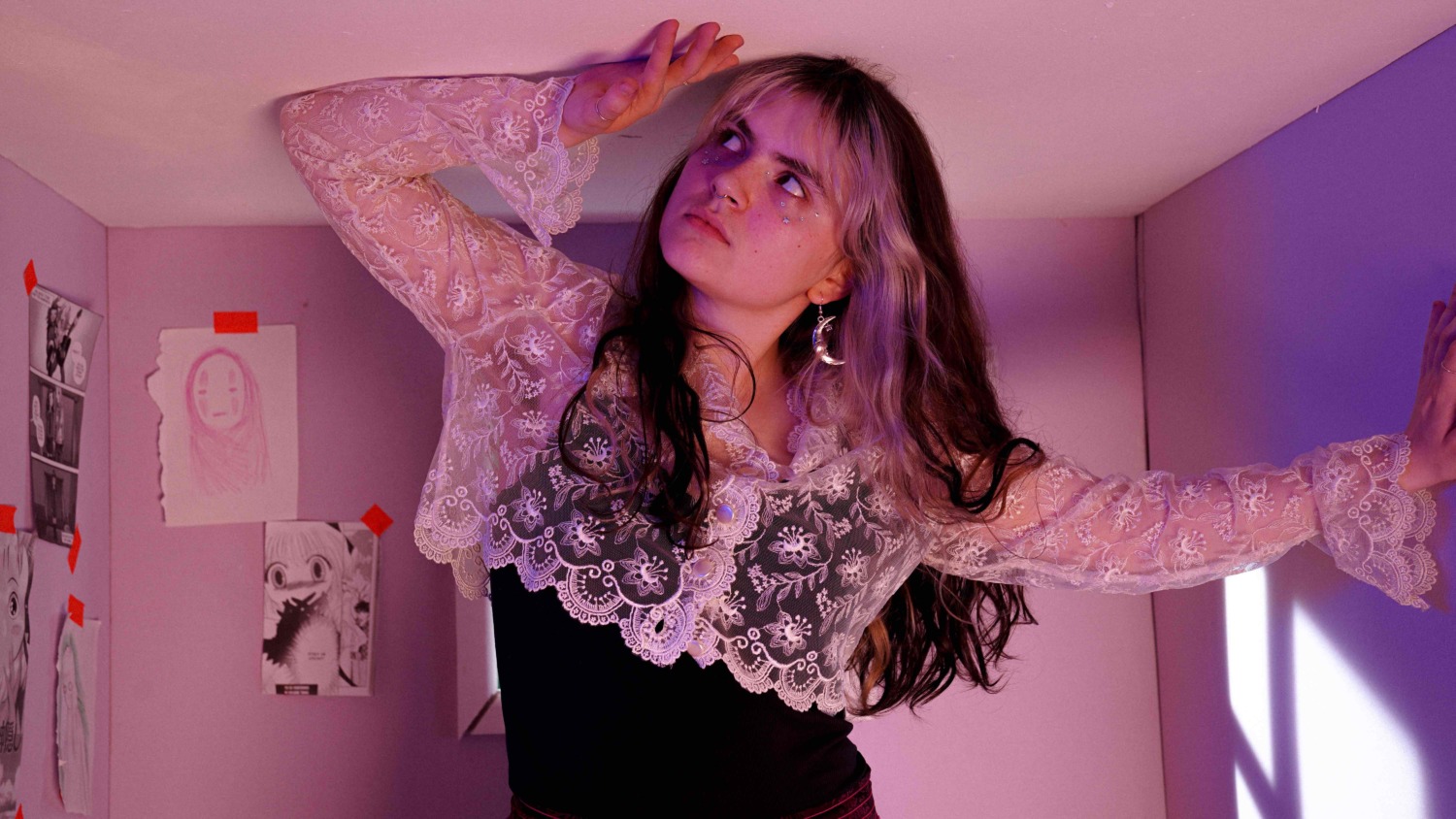 Faith Nico has returned with her third song as Cruel Sister after a good clutch of months playing gigs with her band around Dublin of late since lockdown opened.

Cruel Sister released two songs last year of low-fi shoegaze-leaning rock with nods to Wolf Alice and Sister-era Sonic Youth which we featured – ‘too much’ and ‘my forever’.

Today, the debut of a song and video called ‘Chihiro’ arrives heralding the project’s debut EP girls my age EP, out September 9th. Faith Nico writes, produces and mixes all of the music too.

‘Chihiro’ is a blast of ’90s alt-rock with a gauzy centre, inspired by the lead character in the Studio Ghibl film Spirited Away.

“I remember the first time I saw it, I think I was like 8 or 9, I had never seen anything like it. There was something so terrifying but also so exciting about the world Chihiro enters, and all the brave things she must do to save her and her parents’ lives even though she was just a kid like me. It was a massive influence on me as a person and I would watch it every week way back when you could borrow DVDs from Chartbusters and Xtravision.”

Why the name Cruel Sister?

The artist name Cruel Sister is inspired by the traditional murder ballad ‘The Twa Sisters’ (The Twin Sisters), which dates back to the mid 17th century. The song recounts the tale of a girl drowned by her jealous sister over a love tryst. When the body of the younger, fair haired sister washes up to the shore, someone turns her body into a harp, using bone for the frame and her golden hair as the strings. The elder, dark haired sister is then publicly shamed as the murderess.