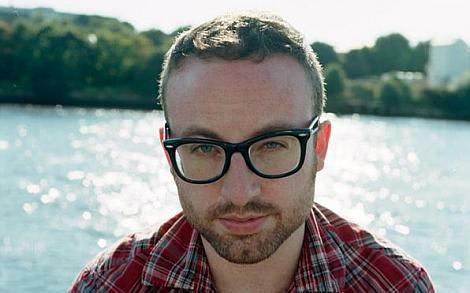 Duncan Lloyd is better known as the lead guitarist and backing vocalist from Maxïmo Park but as a solo artist he has just released the album Seeing Double. Many solo side projects can tend to be below par versions of the original band’s music, thankfully not the case here. With studio time kept to a minimum this record has a refreshingly flawed, rough and raw sound, which is reminiscent of earlier Graham Coxon solo work and Mwng by the Super Furries. Lloyd’s warm and slightly fuzzy vocals and recognizable guitar playing compliment one another perfectly to produce a record of melodic indie at its best.

‘Suzee’ is easily the catchiest song I have heard in a long, long time. It exemplifies his “no frills” approach to writing and recording in under two and half minutes. Strangely, his vocals on this track come across as though English is not his first language. ‘Misfit’ is also a very catchy song and is probably the most similar to his work with Maxïmo Park on this album. Finally ‘Seven Letters’ is a beautiful meandering tune with a relaxing feeling which highlights how his instantly recognizable guitar playing and fuzzy vocals compliment one another so well.

The ten track album is out now. Thanks to Nialler again for the chance to write for his blog and I hope you enjoy!