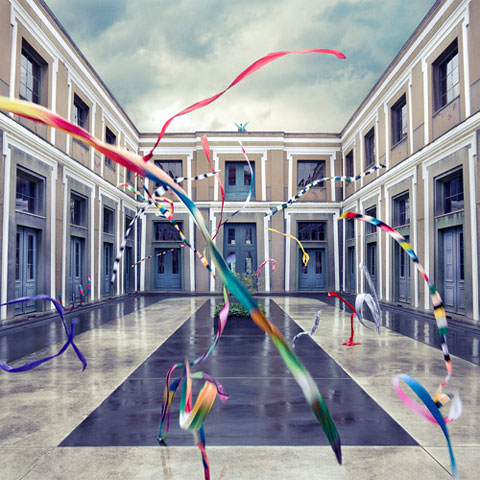 I want to go to there.

Those nice Danish chaps Efterklang have announced they will release a new album on 22nd February 2010 through 4AD. It’ll be called Magic Chairs and you can see a full tracklisting here. The artwork is by Hvass and Hannibal who designed the brilliant sleeves for previous albums, Parades and the artwork for the Modern Drift single.

They’ve also debuted ‘Modern Drift’, the first song from the new album which showcases a different sound for them. Listen to it after the jump.