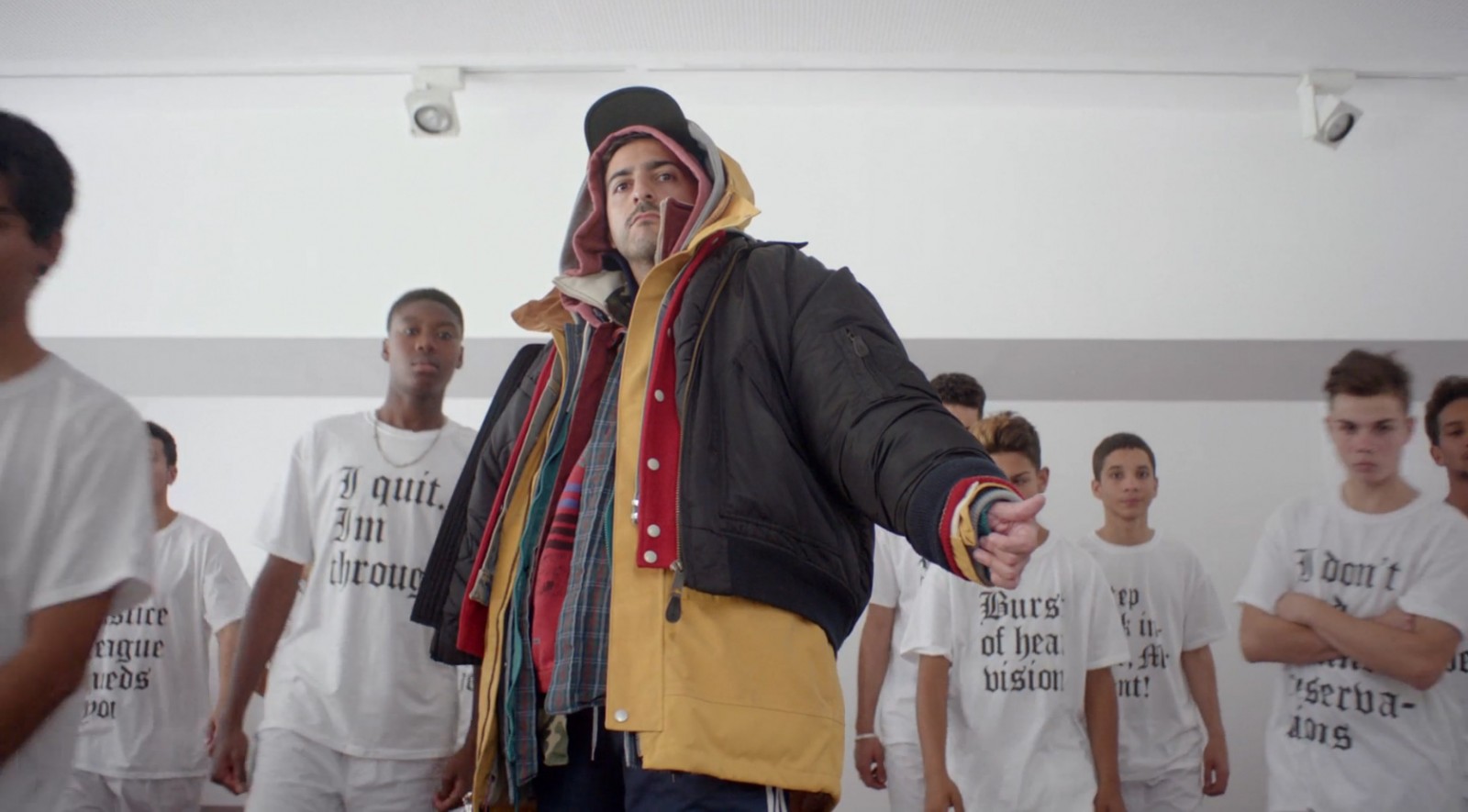 With a new album, HiperAsia, around the corner, the Catalan musician El Guincho has moved to a more digitised pop direction than a tropical indie one.

In conjunction with the album, he has own line of wearable items called the HiperAsia Collection; clothes with microchips that lead to a private website containing exclusive tracks, a 40 minute film and 3D environments to explore, with more coming over the next 2 years.

The emphasis on clothing is something that appears in the Canada-directed new video for new song ‘Comix’ with Mala Rodriguez as every time he touches someone he takes their item of clothing to his body. As ever with a Canada video the fun is seeing what they come up. Their last work was for the Tame Impala ‘The Less I Know the Better’ video and they previously made his NSFW ‘Bombay’ video.

HiperAsia is out on February 12th on Everlasting Records.

Watch the video for Wyvern Lingo’s ‘Letter To Willow’