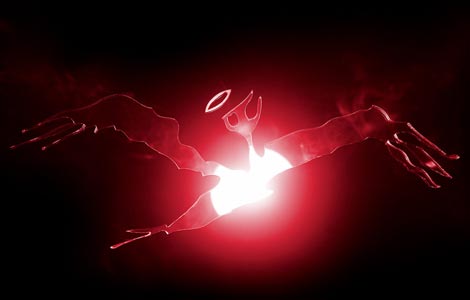 As previously reported here, El-P’s new album I’ll sleep when your Dead is coming out on March 20th and….he’s doing a show in Crawdaddy on Sunday the 15th April in support of the record.

I’ve listened to a dodgy promo copy of the album three times and It sounds fantastic, utterly dystopian in El-P’s own inimitable way, seething with New York grit and hard-hitting rhymes and beats. The instrumentation is rich and layered, showcasing El-P’s already established production skills.

Much was made of Cat Power’s contribution to the album on “Poisenville Kids No Wins” and it’s definitely a winner, an album closer that FEELS like the final chapter. Cat Power’s beautiful cooed refrain over bombastic horns gives the song a definite Portishead feel.

I’m still loving “Everything Must Go” and “Smithereens” after posting them here a while back. “Drive” finds EL-P spitting vitriol at his peers with lines like – “C’mon Ma / Can I borrow the keys? / My generation is carpooling with doom and disease” or “I’m not depressed man / I’m just a fuckin New Yorker / who knows that sitting in traffic with these bastards is torture “. Not too sure about Trent Reznor’s contribution on “Flyentology” but I’ve never been too keen on Nine Inch Nails. There are a lot of other contributors to the album – Aesop Rock, Mr. Lif, Rob Sonic, Mars Volta, James McNew from Yo la Tengo, Tunde Adebimpe of TV on the Radio, Zwan guitarist Matt Sweeney, Hanger 18 and Rob Swift. This is no all star show though as El-P explained himself in a recent interview:

little splashes of other peoples voices, talents, energy used in subtle ways is the way i usually like to freak it. rob does some back ups, sweeny plays some guitar, aes drops a verse, james plays some bass… whatever works at the time. its the southpark theory: when george clooney appeared on southpark it was as a gay dog. thats the type of shit that makes my day.

It’s going to take a few more listens to give a definitive verdict but initial thoughts are it’s great to have El Producto back.

MORE:
Great interview about the production of the album from Remix Mag
Onion AV Club Interview

In case you missed them, first time around.

El-P – Everything Must Go