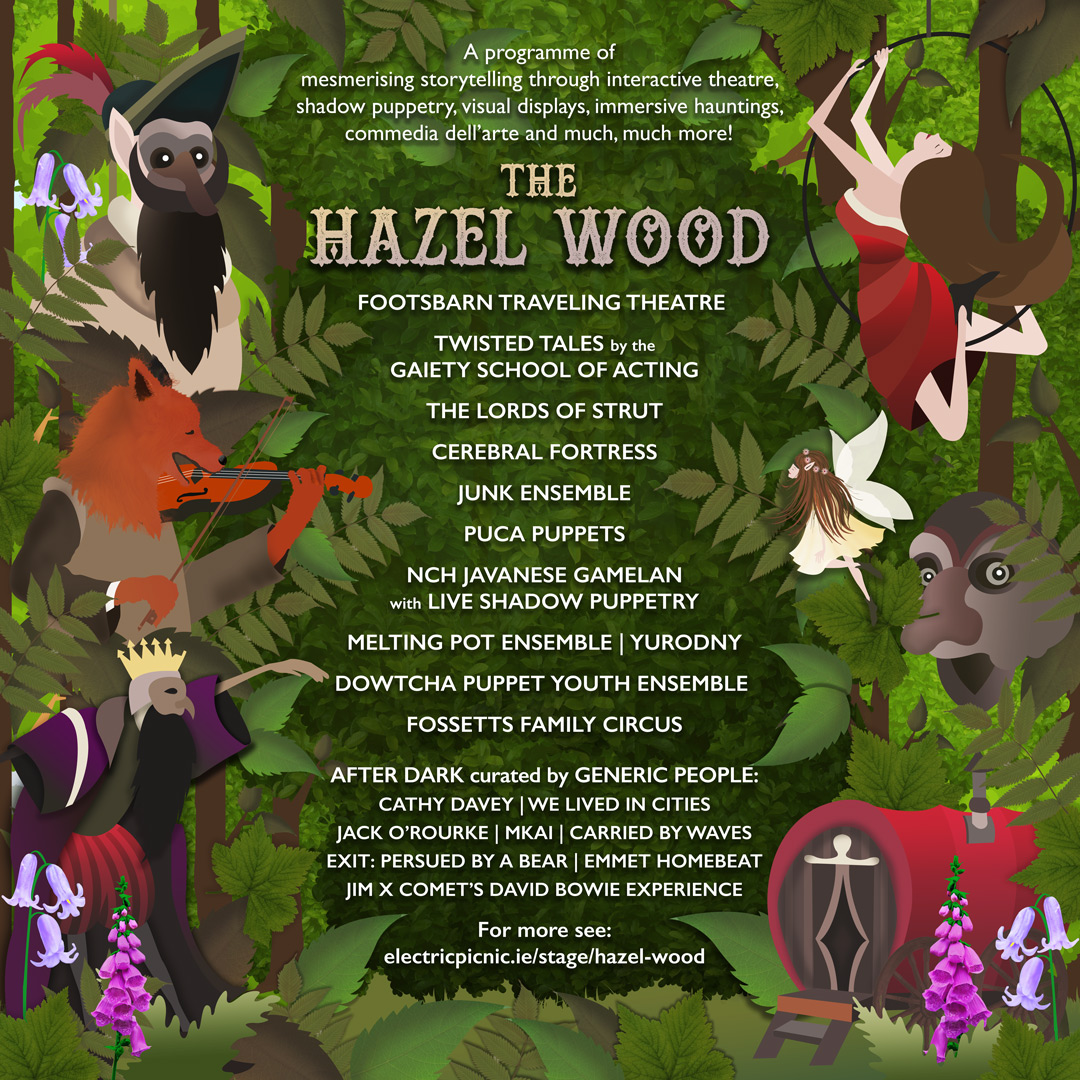 Electric Picnic added a new woods area today and it’s not quite a rave in the woods. Hazel Wood will focus on art and performance, particularly, “with a programme of mesmerising storytelling through interactive theatre, immersive hauntings, shadow puppetry, visual displays, commedia dell’arte workshops, visual art” and more.

Included in the programme is from a music perspective is:

Away from music, there is: