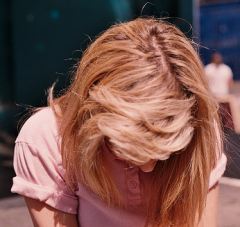 I’ve been waiting for a decent rip of this before it went up on the blog. It finally arrived via the glittering Neon Gold who are releasing this tune on November 9th.

Much like was suggested by her Myspace covers and the brilliant ‘Starry Eyed’, it’s brilliant pop music which has subtle electronica and real radio-pop flourishes under its skin. That seems to be becoming the trademark for Starsmith who produced the tune. And I haven’t even mentioned, Ms. Goulding herself who’s following Marina into the heady netherworld of new pop princesses who are also undeniably talented. Goulding has an unusual type of voice which is a little bit naive and a little bit sexy at the same time. This is a tune.

Ellie Goulding – Under the Sheets

There are remixes coming from Theophilus London, Baby Monster and Jakwob, who did this KILLER remix of ‘Starry Eyes’ earlier in the year:

If you’re wondering what she sounds like live, I think this is from one of her first live shows last month:

Introducing: The Sound of Arrows

Video: Marina and The Diamonds – Hollywood Infected Your Brain