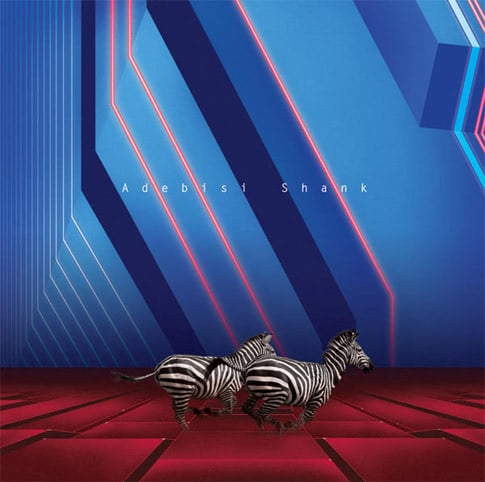 eMusic approached me last month and asked me to contribute a list of Irish albums that their subscribers should have in their collection. As an avid eMusic subscriber myself for the last five years, I had kept a list of Irish albums available on the service. So I picked 20 taking into account as many genres as possible that would also represent my favourites.

The end result in no particular order:

Any time an Irish person meets someone abroad and the conversation inevitably glides to pop culture, you know what’s coming. First comes the leprechaun question, then comes the music followup which inevitably includes mentions of U2, The Cranberries and if you’re really unlucky The Corrs. That is Irish music of old. Much has changed on our fair isle in the last six or seven years. Ireland’s music scene experienced a rebirth of creativity that led it into previously unknown tributaries of music. New genres were explored and the rejuvenation of a entire country’s music scene occured. It is well underway and now flowing into the waters of the world.

No-one encapsulates the reinvention of Irish music in recent years better than Richie Egan. A stalwart of the alternative Irish scene via his work with instrumental rock band The Redneck Manifesto, his solo material as Jape has given him a moniker into which to explore his acoustic folk and electronic synthesizer side. On Ocean Of Frequency, his fourth Jape album, he marries both those aspects of his sound to the point where they sound comfortable side by side. The result is a more expansive collection of songs with an emphasis on songcraft. This album made Egan the first two-time winner of the Irish album of the year award, the Choice Music Prize.

This instrumental three-piece deliver an urgency to their instrumental rock sound that is as vibrant as it is thrilling. Their second album saw them extend beyond any post-rock comparisons with additions of day-glo synths, marimbas, talkboxes and Asian influences. The resulting hybrid is more “robot rock” than “post-rock” and totally unique because of it.

The debut album from this Kildare seven-piece band was a surprise winner of the Choice Music Prize in 2008. A scattergun schizophrenic aural journey through the possibilities of sound with little care for genre descriptors, it was applauded for its bravery and rule book-ripping melting pot of sounds. Bouncing electronica, post-rock instrumentals, gentle hazy soundtrack pieces, ambient passages, Portugese rap and rock ‘n’ roll noise make up the impressive scope executed with a distinctly Irish carefree abandon.

Ireland has always a reputation for breeding exceptional acoustic troubadours so much so that a backlash formed when too many with not enough interesting things to say tried to get in on the action, The latest breed, including Villagers, Fionn Regan and James Vincent McMorrow have injected a new life into the sound. On his debut album, McMorrow rejuvenates the “Irish singer-songwriter” tag with breathtaking falsetto, polychromatic pastoral sounds and most importantly richly arranged tunes that conjure up

Instrumental rock never sounds as epic and driving as it does when the ASIWYFA juggernaut hits your ears. The Belfast band’s second album refined the sounds of their debut into a colossal and celebratory album which bursts with effervescent energy. Key to their music’s success is an unrelenting ability to augment the riffs with moments of beauty most notably on ‘BEAUTIFULUNIVERSEMASTERCHAMPION’ which spirals with graceful emotion despite its turbulent core.

This much loved singer-songwriter has developed her own personality away from Damien Rice and on her second album it shows with richer, more confident songwriting and an expansion of her folk sound. At the centre, Hannigan’s smooth and honey dew voice is the main attraction.

A collection of artists loosely tied together under the term, “bockety pop”, this compilation of lo-fi indie charts the sudden emergence of an Irish scene with contributions from Tieranniesaur, Squarehead, Groom, So Cow and No Monster Club.

Fight Like Apes’ acerbic mix of synths and clattering drums is inspired by post-hardcore band McClusky but with big pop hooks. As a result, their debut is a blast of teenage energy and the closest Ireland has come to having an indie-pop crossover hit abroad having received lots of support from NME. Lend Me Your Face is one of the best Irish singles of the last 10 years.

Block-rocking live electro-rock from a Belfast three-piece who excel at bringing the thrash noise and the club vibes. The album was released on Richter Collective, a recent arbiter of quality Irish independent music.

While Davey has occupied a special place in many an Irish music fan’s heart over the last ten years, her third album finds her in a less-direct mode than before. Stick with The Nameless and you’ll be rewarded with an elaborate and nuanced folk release. Little Red is the standout track and the album’s wolf-referencing howling pop single.

Back to the wall, face to the microphone, foot on the speaker, The Minutes’ long in gestation debut album is worth the wait. A no nonsense hi-octane collection of garage rock ‘n’ roll from a Dublin trio that deliver their songs with brute force energy and a cheeky Irish charm.

Fans of instrumental guitar virtuoso John Fahey will find much to love in Nugent’s minimal classical steel-guitar led-album which is augmented by woodwind, string and percussion on the album’s second half. There are only two songs but they are 20+ minutes in length so you get your money’s worth.

“A psychedelic kraut-rock band jamming with The Meters”. That’s how Dublin cult heroes Rednecks describe themselves on their first album in six years and fourth in total. Friendship is filled with taut instrumental passages, propulsive bass, cascading guitar riffs and headspinning grooves. The band are known internationally for soundtracking skate videos.

Galway folk singer-songwriter Crowley upped his game on his fourth album with an album centered around the theme of water, songs with heartbreaking melodies and lush lappings of instruments that break against his brittle baritone voice.

An album inspired by Rocky IV, featuring samples of the movie set to 8-bit dance music doesn’t sound like the kind of thing that would float anyone’s boat but Rocky IV Reckyrd is a special release that is bursting with ADHD computer music rhythms. The titular Vinny went on to play for Adebisi Shank but has hinted at a new Vinny Club record soon.

Electro is the name of the game from this Dublin-based four-piece whose neon celestial vocodered grooves are aimed at dancefloors and feet and the any combination of those two. Get the glowsticks out, this party could get messy.

Having officially held the title of Dublin indie darlings for a good five years, Delorentos found a renewal of energy when they approached their third album on their own terms. The record was proceeded by popup shops and a once-off magazine, two ideas that hinted at the confidence and playfulness of Little Sparks’ superior harmony-laden indie-pop.

Taking the great Irish folk tradition and fusing it with more modern sensibilities drawn from being in a rock ‘n’ roll band, The Spook of the Thirteenth Lock channel the Celtic past with banjos, rock guitar and accordion combining to make a Celtic present. This is a hugely under-rated release even in its home country.

Irish hip-hop is not something that sounds natural to many an ear but we do have a small and potent history of producing some homegrown rappers. Messiah J & The Expert started as a rap duo who have morphed into an accessible rap live band with catchy hooks, songs steeped in rap samples and breaks as you’d expect. The addition of hints of genres like soul, funk, psychedelia and rock lift From The Word Go beyond mere Irish rap.