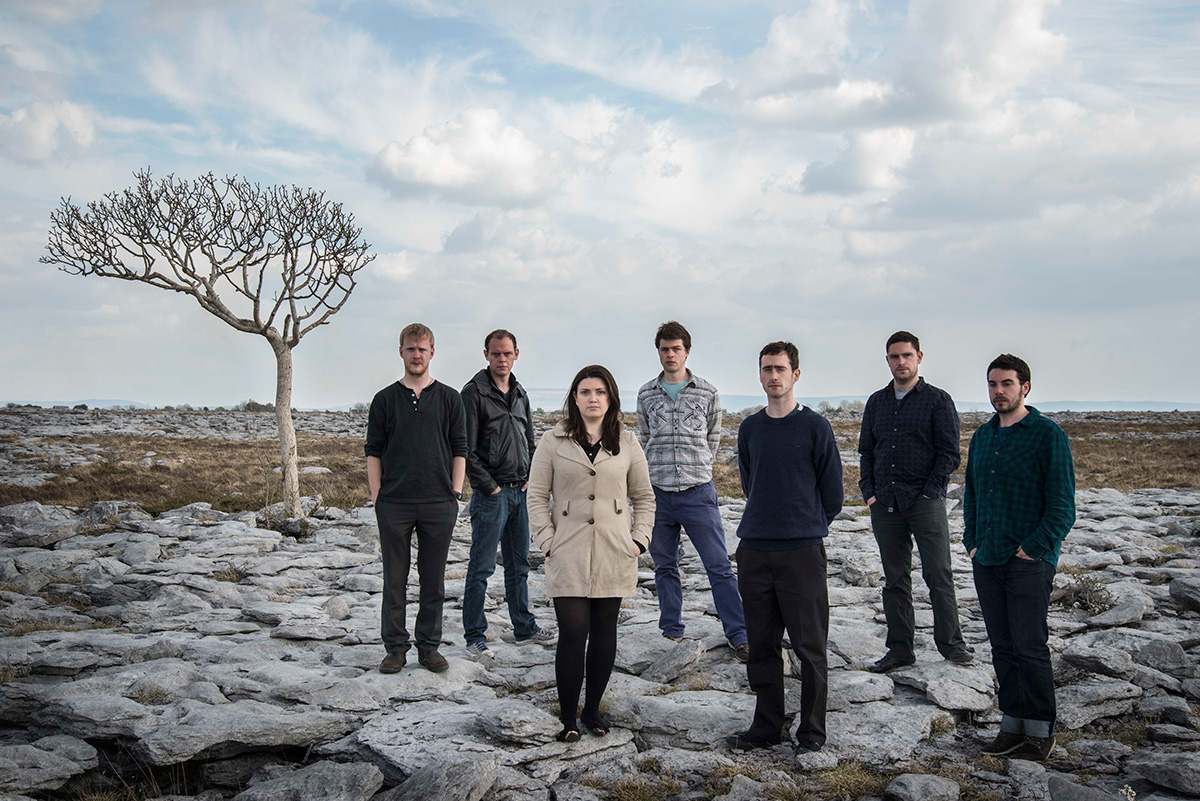 Ensemble Ériu released one of the most exciting albums of contemporary trad music in recent years so it’s a delight to hear that the seven-piece group will release a second album, entitled Imbas in June as a joint release on Raelach Records and Ensemble Music label (Loah, Conor Walsh).

Have a listen to the album opener ‘The Tempest’, a song which is indicative of the altered prism in which Ensemble Ériu view the tradition.

Talty says of the process “we just tease them out a little bit, emphasising what makes them great.”

Neil O’Loghlen says of the album “We like to elaborate on the improvisational styles of our favourite traditional musicians based on the phrases and rhythms of their playing. So it’s not really anything other than traditional music, in a sense. It’s simply a different way of presenting it.”