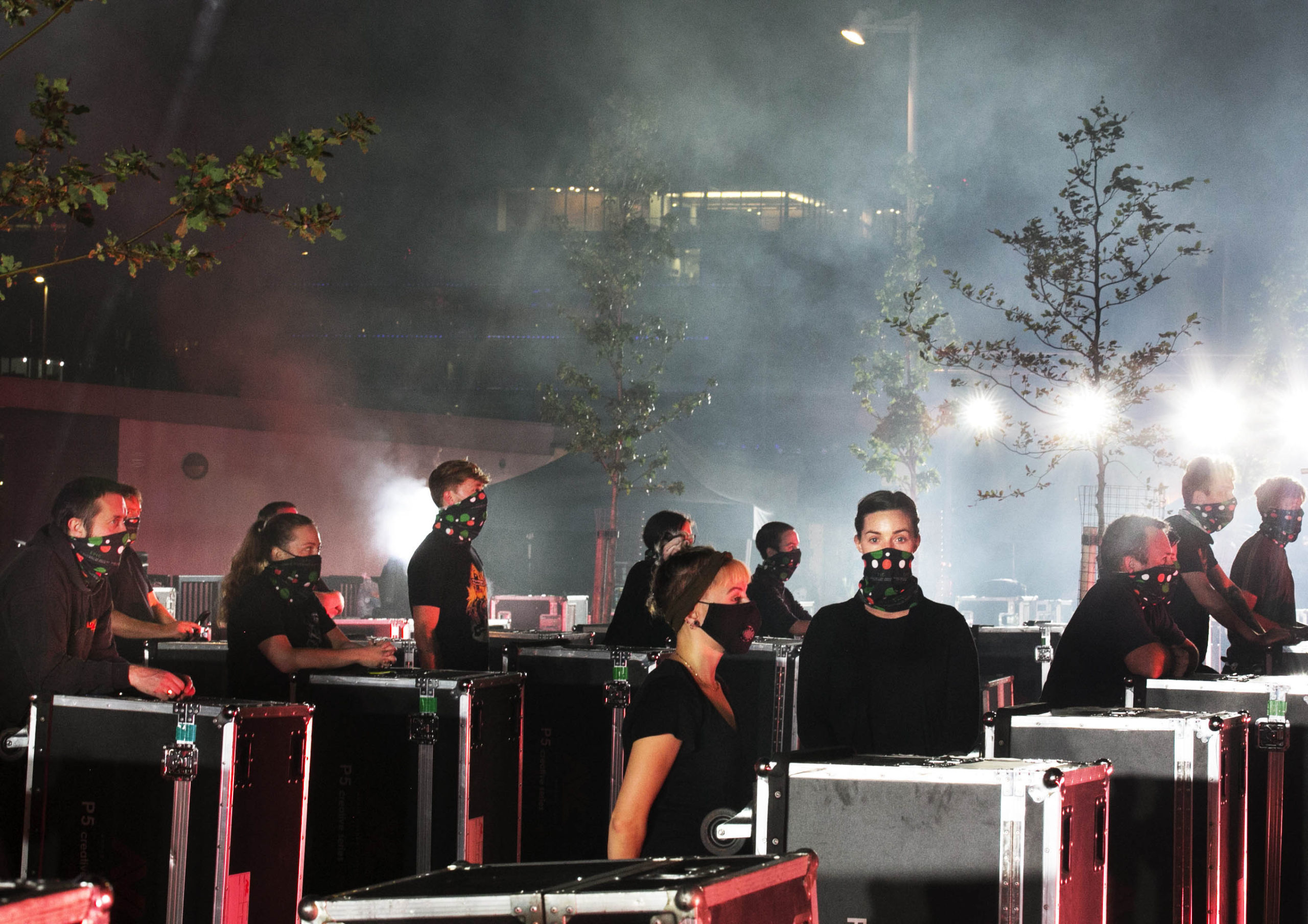 After detailing a 9-point pre-budget submission to launch National Awareness Week for the Live Entertainment & Event Industry in Ireland, the Event Production Industry Covid19 Working Group (EPIC) have shared open letter from the Live Events and Entertainment Sector signed by over 600 people who work in the industry, myself included.

A video accompanying the letter, by spoken word artist Stephen James Smith, entitled ‘This Is Who We Are’, was also released in support.

Venues across the country have been lighting up red in support of National Awareness Week and EPIC’s Pre-Budget submission. Some of the venues taking part include 3Arena, RDS, Aviva Stadium, Croke Park, Bord Gais Energy Theatre, Gaiety Theatre, Olympia Theatre, Dolans, Roisin Dubh, INEC, Town Hall Theatre Galway amongst others around the country.

We joined venues across Ireland last night by lighting up in red to show our support of the live entertainment and event sector. You can show your support by emailing your TD here ➡️ https://t.co/fN501DHRRJ#ThisIsWhoWeAre pic.twitter.com/XoIRnqmSV3

Read the letter in full:

An Open Letter from the Live Events and Entertainment Sector

The unprecedented and ongoing Covid-19 global pandemic has been as great a disaster for Ireland’s entertainment and hospitality sectors as the 2007/2008 banking crisis was to its construction and financial services industries.

Across literally hundreds of theatres, venues, clubs, festivals and small/large-scale events, the domestic live events and entertainment industry employs in excess of 35,000 full and part-time workers. The vast majority of these highly skilled people haven’t had any employment since March 12th, 2020. Never in the long history of staging live performances and events on this island has there been such a sudden and total cessation of all work and activity.

We were the first industry to shut, and we will most likely be the last one to fully reopen. The non-funded Events Sector accounts for 90% of the five million tickets sold in Ireland each year, and directly contributes over €3.5billion to the national economy. It is estimated that for every euro spent on a ticket, an additional €6 is spent in the wider tourist economy (including more than three million hotel bed nights per annum).

We are unique in that we are the only sector completely closed under government mandate; as a result, through absolutely no fault of their own, live entertainment workers currently have little or no employment opportunities.

Up until now, we have been totally ignored and received virtually no government aid. As an impossibly bleak winter approaches, we and our dependents desperately require serious government support to survive. The workers at all levels of this vital sector have no prospects of earning a living in the foreseeable future, so the supports need to be appropriate and unprecedented in order to address the dire financial situation facing almost every single person and business. If government support doesn’t come then the curtains will close, joy will be lost, the music will fade, the parades will stop, the children’s giddy laughter at the panto will be no more, and the cherished memories created in muddy festival fields will be a thing of the distant past. The non-funded Live Events Sector faces decimation and at least a decade of recovery if not supported immediately with the following asks:

1 – Immediate reinstatement of the EWSS and PUP payment at €350 per week for the highly skilled staff and businesses of the sector until the sector (which is fully closed by government under public health advice) is allowed to return to work.

2 – Grant funding proportionate to what has been allocated to the Arts Council in 2020. The Live Events Sector accounts for 90% of all tickets sold in Ireland, and as such is a far greater employer and contributor to the national economy. We have received little or no grant funding before, but in these exceptional circumstances it is imperative that a scaffolding fund be made available to support the viable businesses of the sector until we can return to work.

3 – While this Task Force was announced by Minister Catherine Martin on the 10th of September, it is essential that the formation of the members gives due consideration to the Commercial Live Events Sector. This is the sector that manages the largest events in the country, has managed the Papal Visit, The Visit of Barack Obama and The Queen of The United Kingdom. The Commercial Live Events Sector are the experts, the best in class and should receive parity of voice with the state funded sector on the task force.

We are the creative lifeblood of this country – and a vital part of its economy. We are the dynamic problem solvers who bring the magic to the most difficult of circumstances. Most importantly, we are contributors; we have always given back. In this unprecedented crisis, reluctantly for the first time we must ask: We need government support for our industry and we need it immediately.